AppleInsider
Posted: September 28, 2020 11:03AM
in General Discussion edited May 2021
Amazon has confirmed it will be holding its Prime Day sales event on October 13 and October 14, with some Prime subscriber-exclusive preview deals starting today. 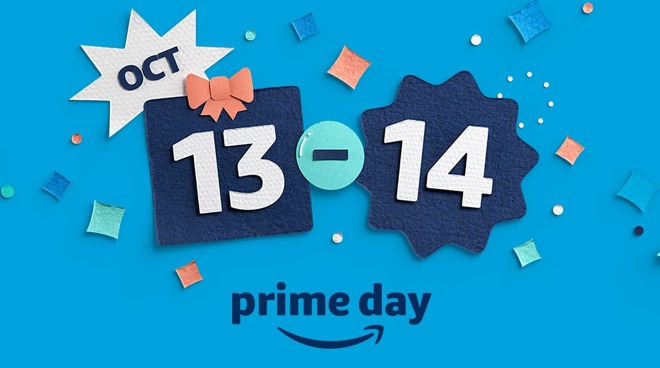 Following initial leaks on the date, Amazon has now started to promote Prime Day as taking place on October 13 and 14 in the United States and many other territories. The two-day event will commence at midnight PT on Tuesday, October 13, and will run into the following day.

Running for the fifth year in a row, the annual Amazon Prime Day is a shopping event aimed at encouraging consumers to sign up for the Prime subscription. Deals offered during the event are only able to be bought by subscribers, though customers can also start a 30-day free trial to take part.

As usual, Amazon claims there will be "incredible savings and deep discounts" across over one million deals during the event.

As part of a commitment to small business partners selling through Amazon, the retailer is also providing a $10 credit to customers in the United States up until October 12, if they spend $10 or more on products from select small businesses. The credit will be applicable on purchases made during Prime Day itself.

Prime Day in 2020 is taking place later than its usual mid-Summer scheduling, with the delay caused through concerns about the coronavirus pandemic.
Sign In or Register to comment.