AppleInsider
Posted: October 14, 2020 2:39PM
in General Discussion edited October 2020
In the wake of Apple's Oct. 13 event, Morgan Stanley has raised its AAPL price target to $136 on the potential that the iPhone 12 and iPhone 12 Pro lineup has to drive product revenue growth into 2021. 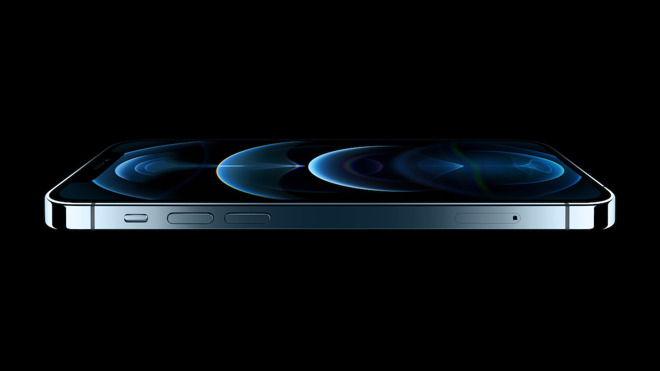 In a note to investors seen by AppleInsider, Morgan Stanley analyst Katy Huberty writes that she believes Wall Street has "mis-modeled" Apple's forward growth due to retail shutdowns and the economic impact of the coronavirus health crisis.

Huberty is maintaining the bank's iPhone shipment forecast of 220 million, which is about 4% above consensus. On the other hand, the analyst is raising its 2021 revenue and earnings-per-share (EPS) estimates based on slightly higher iPhone average selling prices (ASP) after the iPhone 12 and iPhone 12 Pro launch.

That's because the iPhone 12, iPhone 12 mini, and iPhone 11 prices are abut $50 higher than Huberty previously modeled. Morgan Stanley is raising its 2021 ASPs to $775, higher than the previous number of $772 and Wall Street's consensus of $763.

That places more upward pressure on ASP assumptions, despite the fact that Huberty believes the higher prices will lead to a "slightly higher mix of older iPhones." The launch does mark the first time that Apple has revealed five iPhone models in 12 months, and the new lineup has a much broader range of form factors and price points.

Although there weren't many surprises at the event, Huberty notes a few, including the fact that mmWave didn't translate to more expensive devices; earlier ship dates for the iPhone 12 and iPhone 12 Pro than what bears originally assumed; and the focus on multi-player gaming and augmented reality as ways to highlight 5G compatibility.

On the HomePod mini, Huberty says that the lower-cost smart speaker could grow Apple's total available market by 3.6x and help it expand beyond its current 5% market share. But she says that the "lack of killer apps and Spotify integration" will likely limit adoption.

In a broader view of Morgan Stanley's IT Hardware tracking, the bank said in a separate note that the iPhone 11 is still driving market share gains in China with 20.1% of the market at the end of September. Apple's Asia-based supply chain partners are also starting to show early signs of iPhone 12 production ramp up

On the economic impact of COVID-19, Huberty notes that Apple's retail reopening are nearing a new high since the pandemic, while consumer electronics demand continues to improve globally -- an important trend for Apple.