AppleInsider
Posted: October 15, 2020 11:01PM
in iPad edited October 2020
While Apple has yet to announce a start to fourth-generation iPad Air sales, Walmart on Thursday began accepting orders for the new slate with deliveries set for Oct. 23. 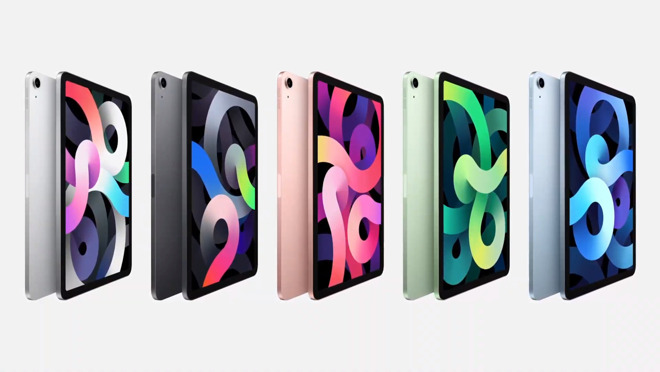 As of this writing, availability is limited to 64GB Wi-Fi models in Rose Gold and Space Gray, both of which are priced $40 below MSRP at $559. Whether additional variants will become available prior to launch is unclear.

Interestingly, Walmart is quoting a ship-by date of Oct. 22, which as 9to5Mac notes, suggests wide availability on Oct. 23.

Rumors this week claimed Apple would set a firm launch date for iPad Air 4 during Tuesday's iPhone 12 event, but the company has yet to provide that information. Some leakers predict the tablet will go up for sale alongside iPhone 12 on Friday, which appears to be the case if Walmart's listing is correct.

Further evidence of impending public availability arrived earlier today when the Federal Communications Commission granted approval to sell the device in the U.S. In addition, an updated product listing on Best Buy's Canadian website says iPad Air 4 will go on sale on Oct. 23.

Walmart is not the first to initiate iPad Air 4 sales. AppleInsider partner Adorama began accepting pre-orders for the device at the end of September. The reseller currently has all models available at prices starting at $584 with coupon.