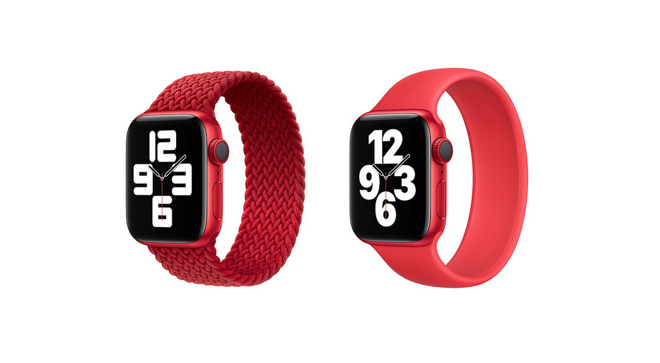 Apple announced the loop-style bands during its Apple Watch Series 6 announcement in September. The bands, which form a single loop of stretchable material, were available in a handful of colors at launch -- but red variants were delayed until October.

Now, it appears, that Apple has stocked both options on its online storefront. (PRODUCT)RED Solo Loop and Braided Solo Loop are now available to order in both 40mm and 44mm sizes.

The silicone Solo Loop bands are made of a soft silione and retail for $49. The fabric Braided Solo Loop bands, which are created with 100% recycled polyester and silcione, cost $99.

Current shipping times for the Solo Loop indicate delivery in one week to two weeks, while delivery times for the braided band are currently slated for six weeks to eight weeks.

Both bands are compatible with the Apple Watch Series 4 and later.