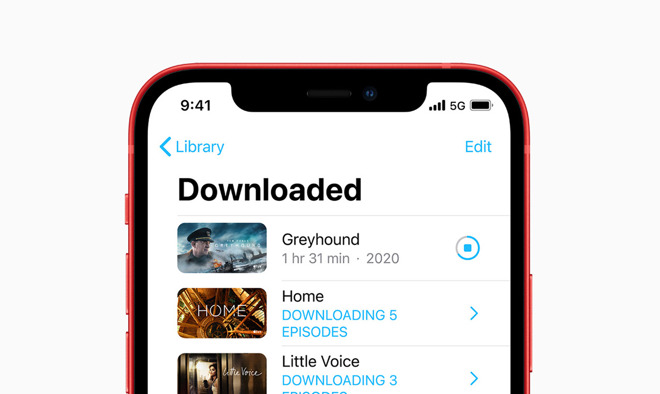 That's according to a small tidbit concerning 5G support in a review of the Apple handset by The Verge. More specifically, the tweaked network indicators only apply to 5G-equipped Apple devices like the iPhone 12 and iPhone 12 Pro.

It appears that the icon behavior is a byproduct of the new "Smart Data mode" that Apple has added to iPhone 12, The Verge's Dieter Bohn notes. In a bid to save battery life, the mode drops the handset to LTE speeds unless iOS decides 5G connectivity is warranted.

"What's weird is that when the iPhone is limiting you to LTE speeds, it will still display the 5G icon in the status bar. It's now an indicator of the best speed available to you, not the actual type of connection that's actively in use," Bohn writes.

Similarly, it's not clear which situations will get 5G to kick in when Smart Data mode is enabled. Users can toggle the feature off in Settings, however. Bohn notes that he left the feature on and "honestly never really felt like [he] was being throttled."

As far as how 5G actually performed on the iPhone 12, the review notes that "it performs as well or better than 5G Android phones." Bohn adds that devices do heat up when 5G is in use, and battery life can take a hit if it's overused.

This isn't the first time that a status indicator has proven to be misleading on an iPhone. In 2019, AT&T displayed -- and continues to display -- a "5G E" indicator on devices that only support an upgraded version of 4G LTE.

It also isn't the first time that Apple has changed how the user-facing cell status indicators behave. Back in iOS 2010, Apple made changes that did away with an overly optimistic view of current connection strength.
«12»