Apple updates iMovie, GarageBand for iOS ahead of iPhone 12 launch

AppleInsider
Posted: October 22, 2020 6:32PM
in General Discussion edited October 2020
Apple on Thursday updated the iOS versions of iMovie and GarageBand with new features, including support for HDR videos on the iPhone 12. 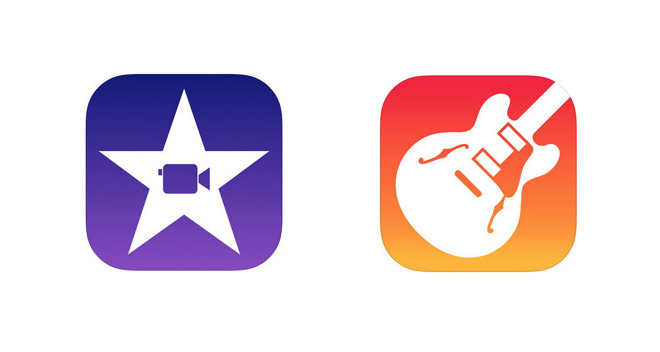 The iMovie updated packs a slew of new features, including new title customization options, various movie backgrounds, and a slider that allows users to tweak the photo and video filter intensity.

Ahead of Friday's iPhone 12 launch, Apple has also added the ability to view, edit, and share HDR clips from a user's Photo library, among other new features.

The full release notes for iMovie for iOS are available below.

Additionally, Apple has also added a few new features to the iOS version of GarageBand. That includes the option to quickly start audio recordings from the Home Screen by tapping and holding the app icon.

There's also a new "Keyboard Collection" sound pack with more than 150 loops to use in tracks, as well as an update that allows users to set the maximum song length at default tempo from 23 to 72 minutes. Users can also switch the ruler from musical bars and beats to minutes and seconds.

Both iMovie and GarageBand are free downloads from the App Store. The new updates require iOS 14 or later.
Sign In or Register to comment.