AppleInsider
Posted: October 29, 2020 12:15PM
in General Discussion
With a combination of radar, and the LiDAR now present in the iPad Pro and iPhone 12 Pro, "Apple Glass" could sense the environment around the wearer when the light is too low for them to see clearly. 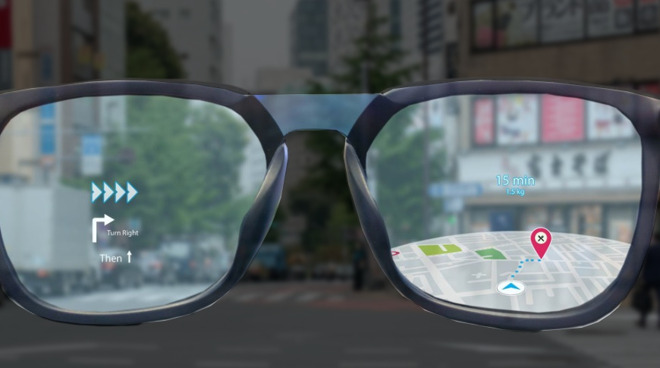 "Apple Glass" may be able to help wearers in low light

We've been slowly learning what Apple plans for the LiDAR sensor in devices such as the iPhone 12 Pro, which uses it to help with autofocus. That focusing assistance, though, is particularly useful in low-light environments -- and Apple has designs on exploiting that ability to help "Apple Glass" wearers.

"Head-Mounted Display With Low Light Operation," is a newly-revealed patent application, which describes multiple ways of sensing the environment around the wearer of a head-mounted display (HMD).

"Human eyes have different sensitivity in different lighting conditions," begins Apple. It then details many different forms of human vision from photopic to mesopic, where differing types or amounts of light rely on different "cone cells of the eye."

Photopic vision is described as how the eye works during "high levels of ambient light... such as daylight." Then Apple cautions that mesopic or other forms of vision, fare poorly in comparison.

"As compared to photopic vision, [these] may result in a loss of color vision, changing sensitivity to different wavelengths of light, reduced acuity, and more motion blur," says Apple. "Thus, in poorly lit conditions, such as when relying on scotopic vision, a person is less able to view the environment than in well lit conditions."

Apple's proposed solution uses sensors in a HMD, such as "Apple Glass," which register the surrounding environment. The results are then relayed back to the wearer in unspecified "graphical content." 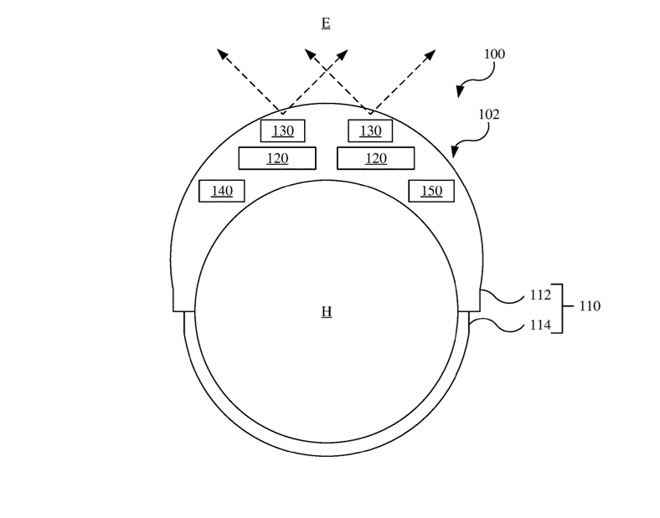 A Head Mounted Display could include radar and LiDAR sensors

Apple is careful not to limit the possible detectors or methods that its patent application describes, but it does offer "specific examples." One is using time of flight and structured light -- where a known pattern is projected out into the environment, and the time taken to recognize that pattern gives depth detals.

Apple's HMD could also use "ultrasonic sound waves," but regardless of what is produced by the headset, the patent application is all about accurate measurement of surroundings -- and relaying that information to the wearer.

This patent application is credited to four inventors, each of whom have related previous work. That includes Trevor J. Ness, who has credits on AR and VR tools for face mapping.

It also includes Fletcher R. Rothkopf, who has a previous patent to do with providing AR and VR headsets for "Apple Car" passengers -- without making them ill.

That's an issue for all head-mounted displays, and alongside this low-light patent application, Apple has now a related one to do with using gaze tracking to reduce possible disorientation and consequently motion sickness.

"Image Enhancement Devices With Gaze Tracking," is another newly-revealed patent application, this time focusing on presenting AR images when a user may be moving their head.

"It can be challenging to present mixed reality content to a user," explains Apple. "The presentation of mixed-reality images to a user may, for example, be disrupted by head and eye movement."

"Users may have different visual capabilities," it continues. "If care is not taken, mixed-reality images will be presented that cause disorientation or motion sickness and that make it difficult for a user to identify items of interest." 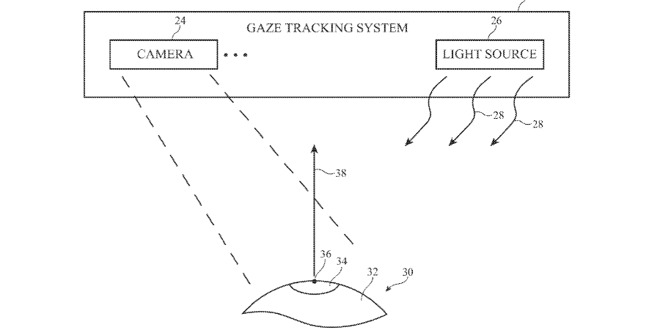 Depending on where a user is looking, "Apple Glass" could alter images to prevent motion sickness

That's coupled to what the device knows of a user's "vision information such as user visual acuity, contrast sensitivity, field of view, and geometrical distortions." Together with any preferences the user may set, the mixed-reality image can be presented in a way that minimizes disorientation.

"[As] an example, a portion of a real-world image may be magnified for a low vision user only when a user's point of gaze is relatively static to avoid inducing motion sickness effects," says Apple

This patent application is credited to four inventors, including Christina G. Gambacorta. She has previously been listed on a related patent to do with using gaze tracking in "Apple Glass" to balance image quality with battery life by altering the resolution of what a wearer is looking at.