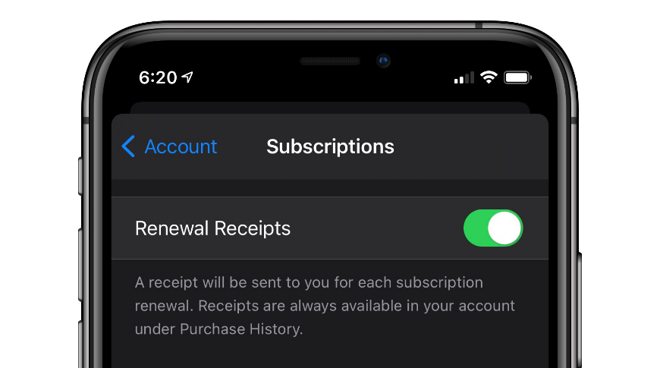 Previously, developers were only updated when a user renewed a subscription and new receipt data was received. Now, developers have a little more control of what data they can access, and what a user sees when managing a subscription.

Two notifications were added to the system: The first feature appears to deprecate and replace the old feature called RENEWAL. Developers will have to replace this system before March 2021 in order to maintain a seamless experience for users.

It is not yet known how these changes will manifest on the user's end. Some controversy has occurred with Apple previously about how subscriptions were handled, and Apple has slowly made changes to make the process more clear. In iOS 13, for example, an alert was added to warn users that an app they were deleting had an active subscription.
Sign In or Register to comment.