AppleInsider
Posted: November 5, 2020 5:58PM
in General Discussion
Apple Pay has been activated on 507 million iPhones as of September as year-over-year retailer and bank adoption growth hit 20%, according to a new study. 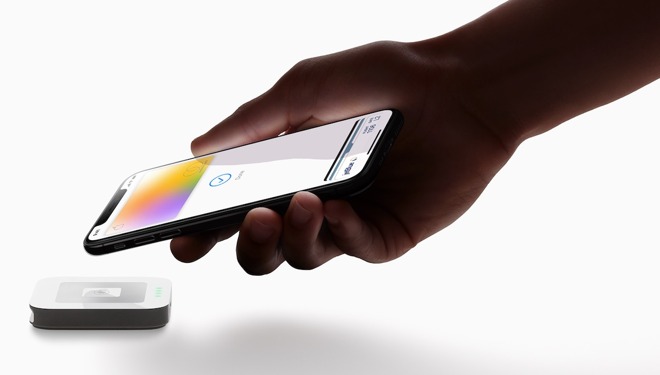 Year-over-year, Loup Ventures estimates that 507 million iPhone users have activated Apple Pay, up from 441 million in September 2019. That represents estimated yearly growth of 15%, driven in part to the rise in contactless payments during the coronavirus pandemic.

The new adoption statistic implies that 51% of Apple's total iPhone user base has set up the payment platform. Loup Ventures' Gene Munster also notes that the user growth statistic doesn't capture Apple Pay transaction data, which he estimates is "growing north of 30% over the past six months."

As far as where those Apple Pay users can take advantage of the payment platform, the study finds that banks and top retailers adopting it has growth 20% or higher.

The data suggests that around 40% of top retailers offer Apple Pay on desktop; 39% offered it on mobile; and 43% offered Apple Pay within iOS apps. The mobile segment saw the fastest growth of 39% year-over-year, compared to 22% for desktop and 20% for iOS apps.

Loup Ventures also notes that banks continue to adopt the Apple payment platform. As of September 2020, there were 5,480 banks that supported Apple Pay globally, up 29% from 4,250 the prior year.

Although Loup Ventures says it no longer tracks in-store adoption, it estimates that Apple Pay is now accepted at 95 out of 100 top retailers in the U.S. and 85% of all retailers in the country.

Apple hasn't revealed much concrete information about how Apple Pay is doing. During the company's September quarter earnings call, Apple CEO Tim Cook only said that "Apple Pay is doing exceptionally well" and that "contactless payment has taken on a different level of adoption."