AppleInsider
Posted: November 6, 2020 5:10PM
in General Discussion edited November 2020
Apple has been taking so many pre-orders for the HomePod mini that it has quickly had to push back its quoted delivery dates around the world, sometimes up to two months. 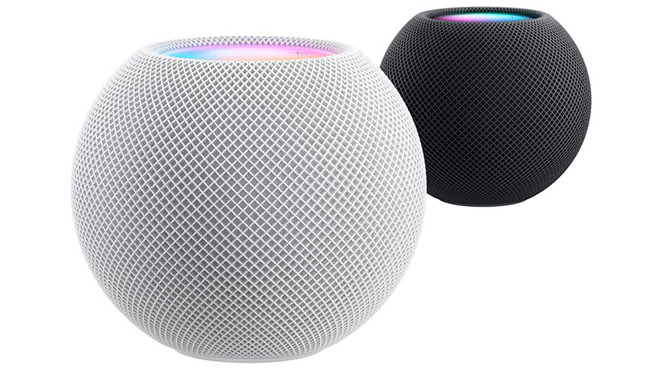 As good a smart speaker as it is, the original HomePod was never a huge success. However, if early orders are an indication, the new HomePod mini is a hit. Within hours of pre-orders beginning, some delivery dates worldwide have slipped by weeks.

While that applies in every store that AppleInsider checked around the world, the new delivery dates vary very widely. And the Space Gray HomePod mini appears to be by far the most popular of the two color options.

There is only so much you can deduce from estimated delivery dates as Apple does not release any details whatsoever about its stock levels. Nonetheless, in the US if you want a white HomePod mini, you can still get it on November 13

Whereas if you want the Space Gray one in the States, you have to wait 2-3 weeks.

One exception is Germany, where at time of writing a newly-ordered Space Gray HomePod mini will not arrive for between 6 and 7 weeks. Germany is the one country we found where the white model is actually worse, at 7 to 8 weeks estimated delivery.

Otherwise, the white edition is proving reasonably available. As well as the US, both France and Canada are quoting November 13. It has dropped back to between November 18 and 23 in the UK and Japan, however.