AppleInsider
Posted: November 11, 2020 1:48PM
in General Discussion edited November 2020
On Veterans Day, Apple is highlighting one educator's efforts using the iPad to document and educate students about the Tuskegee legacy of military service in American history. 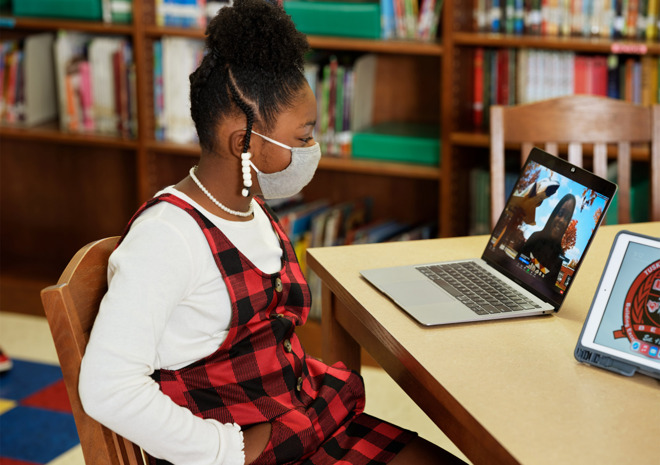 Fourth grader Katilynn Calhoun, a fourth grader at Tuskegee Public School, speaking to US Army veteran Reveign Lee about her years in service and advice for future generations.

At Tuskegee Public School (TPS), every student has received an iPad for learning in the classroom and at home as part of Apple's Community Education Initiative. Principal and 22-year US Army veteran Tiffany Williams is on a mission to preserve that history for the city's future generations.

Continuing a long-running effort, students are using iPad to capture and share stories of local veterans this Veterans Day. The 2020 conversations with veterans are a continuation of the Macon County Veterans Oral History Project, launched in 2017 as a collaboration between Auburn University and TPS

"Our students are taking interviews and pictures, and they've been able to capture the souls of this moment all because of iPad," says Williams. "We would not have been able to connect Macon County with the world the way that we have without this technology." 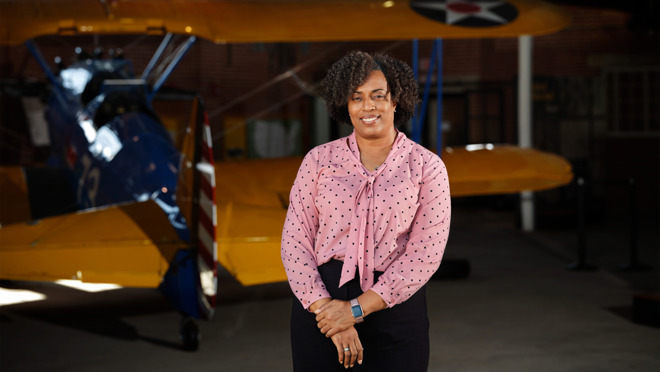 The schools in the district, including the nearby Tuskegee University, uses the iPad to conduct research on nearby buildings, homes, and people as part of the program.

"Our students are taking interviews and pictures, and they've been able to capture the souls of this moment all because of iPad," Williams says. "We would not have been able to connect Macon County with the world the way that we have without this technology."

Williams believes that the Apple technology at the core of the initiative helps level the playing field, and assists students from kindergarten on up to gain skills to prepare for future success.

"A lot of our children are at a disadvantage because we don't have what other cities have," Williams says. "So you have to have those people who truly love Tuskegee to see their potential. I believe in the Macon County school system, in our students, and in our community, because they have so much to offer. And I want our students to come back to Macon County and to keep it going. They're going to have to be the ones that make change. They're going to be the ones that make it happen."

Launched in 2019, Apple's Community Education Initiative now extends to 24 locations across the US. Apple says that these partnerships have "introduced thousands of students and adult learners to coding and app design, using Apple's Everyone Can Code and Everyone Can Create curricula."