AppleInsider
Posted: November 12, 2020 10:55PM
in iPad
Apple's domination of the global tablet market continued in the third quarter of 2020, according to market research firm Canalys, with iPad shipments seeing an estimated 47% year-over-year growth rate thanks to coronavirus trends. 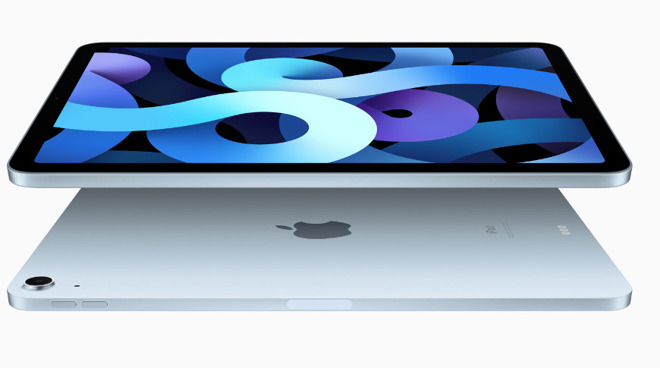 According to Canalys, Apple shipped 15.2 million iPads in the September quarter, up from 10.4 million units in the year ago period. The performance was good enough to capture a 34.4% share of the global market.

Samsung saw a big jump in quarter three, moving an estimated 9 million tablets to take 20.4% of the market, up 79.8% year-over-year. Huawei placed third among the world's top-five vendors with 5.1 million tablets shipped for an 11.5% marketshare.

Amazon and Lenovo came in fourth and fifth, respectively, on shipments of 5 million and 4.2 million units. Amazon took an 11.3% share of the market, while Lenovo managed 9.1 percent.

Apple's continued segment lead comes amid a worldwide pandemic that has forced many to work from home or participate in remote learning programs. The company in September launched a new iPad Air model that shares many similarities with the top-tier iPad Pro line, as well as a 10.2-inch entry level model.