AppleInsider
Posted: November 18, 2020 11:49AM
in General Discussion
Apple has responded forcefully to a European activist filing legal complaints regarding its tracking tools, calling the claims "inaccurate," and saying it is ready to defend its position. 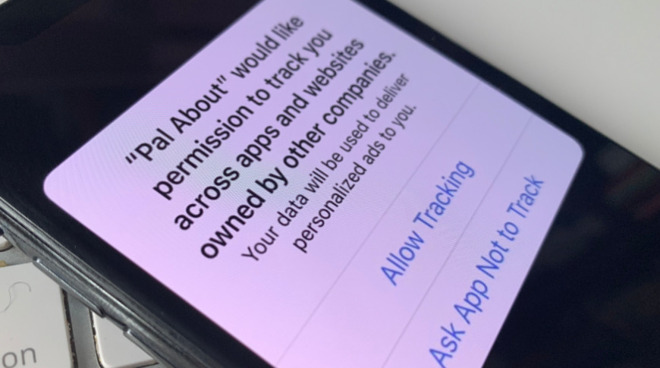 Following privacy activist Max Schrems and his NOYB group filing legal complaints in Spain and Germany, Apple has responded that its criticisms are baseless. The accusation is that Apple's Identifier for Advertisers (IDFA) is used by the company to track users without permission.

According to Reuters, Apple has now said that it is fully compliant with all European privacy laws, and that NOYB's criticisms are simply incorrect.

"Our practices comply with European law and support and advance the aims of the GDPR and the ePrivacy Directive, which is to give people full control over their data," said an Apple spokesperson. "[Apple] does not access or use the IDFA on a user's device for any purpose."

The NOYB, or None of Your Business, group claims that "Apple places codes that are comparable to a cookie in its phones without any consent by the user."

Apple says that this is "factually inaccurate and we look forward to making that clear to privacy regulators should they examine the complaint."

NOYB filed the complaint to authorities in Spain and Germany, but hopes that if those countries blocked Apple from including the IDFA in iOS, it will spread to other territories as well. "[It] would be difficult for the company to continue doing with millions what was declared illegal for two countries," said the group's lawyer, Stefano Rossetti.

Apple has recently come under criticism for how it plans to limit the use of the IDFA by advertisers. It had originally intended to require users to specifically choose whether or not to allow advertiser tracking as part of iOS 14, though it has now delayed that until early 2021.