AppleInsider
Posted: November 23, 2020 12:05PM
in iPod + iTunes + AppleTV
Apple has released seven trailers for "Doug Unplugs," with each showing the kind of learning experiences younger viewers can enjoy in the Apple TV+ animation. 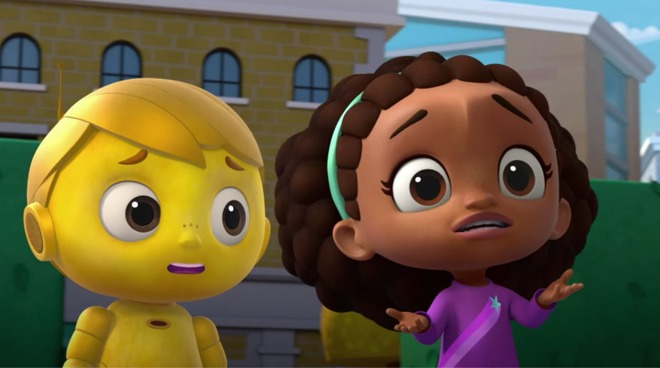 Published on Sunday, the seven trailers on the Apple TV YouTube channel are a continuation of similar efforts, where a section of the show is uploaded for free viewing without requiring the Apple TV+ subscription. The new group of seven joins the three other vignettes Apple has already released, last weekend, bringing the total to ten. 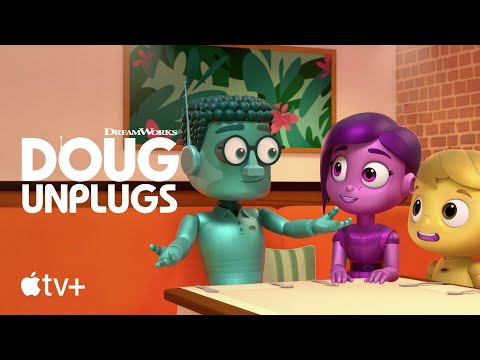 The clips last between two and three minutes, and contain part of a lesson from the show, which features the yellow titular robot Doug as he learns about the world and his environment independently of a daily download other robots consume. Each clip is standalone, and is a good representation of what to expect from the show.

The new videos include Doug learning about restaurants and farming, as well as more abstract topics such as the concept of adventures, habitats, and fun. Two clips also feature a vacation and a trip to a beach, which were partially covered in earlier clip releases. 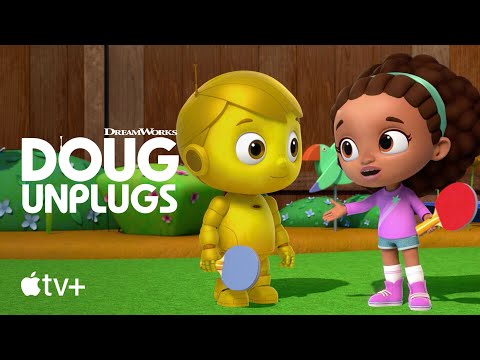 Part of Apple's child-focused programming for its streaming service, seven episodes of "Doug Unplugs" are available to watch on Apple TV+ now. Based on the Dan Yaccarino book series of the same name, the show is made by Dreamworks Animation and stars Brandon James Cienfuegos, Kyrie McAlpin, Eric Bauza, Mae Whitman, Leslie David Baker, and Becky Robinson.

Apple TV+ is $4.99 per month, and is available across all Apple devices, major smart TVs, set-top boxes, and via web browsers. Apple has extended its one-year free trial redemption period until February, offered on the purchase of qualifying hardware.
Sign In or Register to comment.