AppleInsider
Posted: November 24, 2020 3:20PM
in General Discussion
Investment bank Cowen is tracking even stronger demand for the iPhone 12 lineup and predicts Apple could have a blockbuster holiday quarter with nearly 80 million iPhones produced. 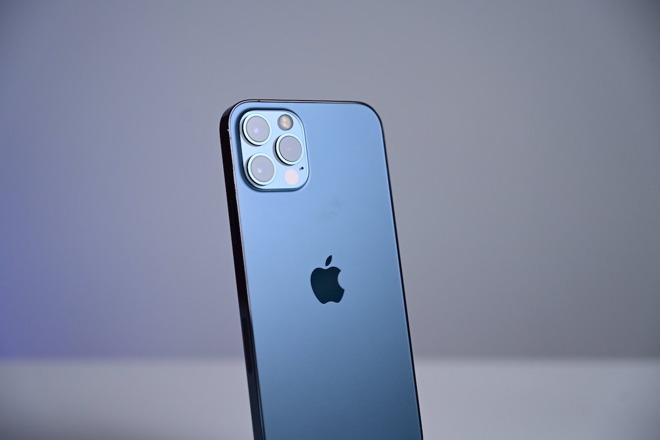 In a note to investors seen by AppleInsider, analyst Krish Sankar has raised his December quarter iPhone build expectations to 79 million, up from 76 million in the previous month, based on strong initial demand for the iPhone 12 and iPhone 12 Pro models.

A build number of 79 million iPhones in the December quarter would represent a 13% increase year-over-year, the analyst added.

Sankar attributed the uptick in build estimates at least partly to the release of the iPhone 12 Pro Max and iPhone 12 mini earlier in November. Both devices launched later than their iPhone 12 and iPhone 12 counterparts, which debuted in October.

The new iPhone 12 models now represent 82% of the iPhone mix for the four quarter of the year, up from an average of 72% in the prior two Apple handset cycles.

Sankar's preliminary build forecast for the first quarter of 2021 also rose to 47 million units, up from 42 million in October, on expectations for the new 5G-equipped iPhone 12 sales momentum to continue well into the new year. That's not only a 27% year-over-year increase during the coronavirus-impacted Q1 2020, but it also a "material improvement" over 41 million units produced in Q1 2019.

In China, the analyst points out that monthly smartphone data from the China Academy of Information and Communications Technology indicates that iPhone shipments improved in October compared to the previous month because of the later-than-usual launch of the iPhone 12.

Sankar is maintaining his 12-month AAPL price target of $133, based on a 25x earnings multiple to Apple's core business and a 41x multiple on the recurring Services segment. That results in a blended price-to-earnings multiple of 32x on its AAPL 2021 earnings-per-share estimate of $4.23.