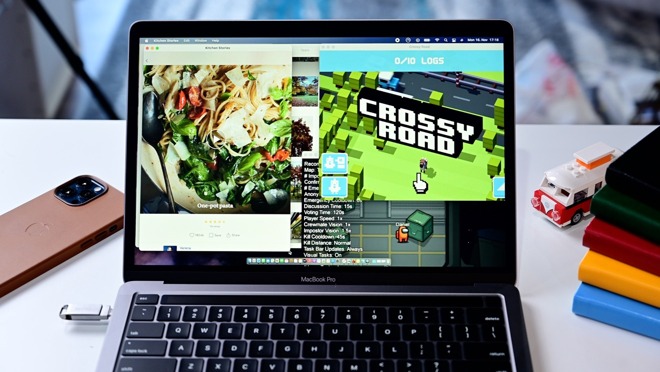 According to Martin, Apple's M1-powered Macs are capable of running Linux, but creating a working port is a major undertaking; a near Herculean effort for one developer. He says he is up to the task, though the project would require dedication equivalent to a full-time job, thus the Patreon.

Martin has experience with open source code, from projects involving Nintendo's Wii console to more recent Linux ports for Sony's PlayStation 3 and PlayStation 4. The Patreon's goal, according to the developer, is to massage Linux on M1 Macs "to the point where it is not merely a tech demo, but is actually an OS you would want to use on a daily driver device."

Whether the operating system can actually run, and do so with stability, on Apple silicon is up for debate. In a series of posts to Real World Technologies forum earlier this month, creator Linus Torvalds said he would "absolutely love" to own an M1-powered Mac if it ran Linux, but is uncertain such a premise is feasible.

"The main problem with the M1 for me is the GPU and other devices around it, because that's likely what would hold me off using it because it wouldn't have any Linux support unless Apple opens up," Torvalds told ZDNet last week.

Martin agrees that the custom GPU will be a major hurdle, along with effective power management.

"Running Linux on things is easy, but making it work well is hard," Martin says in the Patreon description. "Drivers need to be written for all devices. The driver for the completely custom Apple GPU is the most complicated component, which is necessary to have a good desktop experience. Power management needs to work well too, for your battery life to be reasonable."

Patreon tiers range from $3 to $48 per month, with perks including the ability to vote on the development of upcoming features, patron-only livestreams and more. Martin estimates he needs about $4,000 a month to take on the project, and that goal is 91% complete at the time of this writing.

If the developer takes on the venture, he plans to collaborate with other developers and "anyone else who wants to contribute." A timeline for completion was not discussed.