AppleInsider
Posted: December 5, 2020 11:46PM
in General Discussion
Winners named in Apple's "App Store Best of 2020" list have started to post images and videos of their physical award, an aluminum version of the App Store icon. 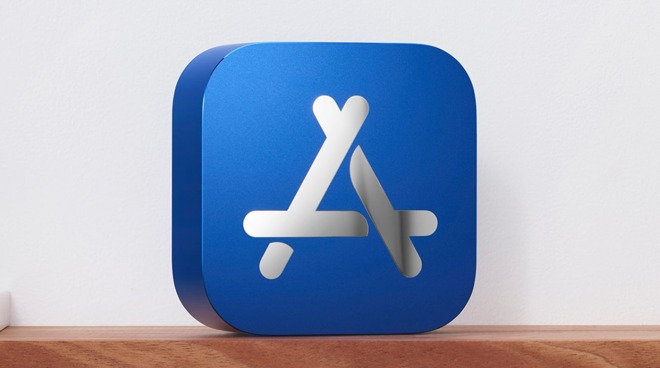 On Wednesday, Apple announced 15 apps and developers as the winners of its annual App Store awards, with the "Best of App Store 2020" celebrating the most popular and best apps within the digital storefront. For the first time, award winners had more than praise from Apple and promotion for their endeavors, with a physical award being mailed out to each victor.

Naturally, recipients have started to post images of their trophy to social media, with some giving a good and close look at the artifact. Inspired by the blue App Store icon, the award is made from 100% recycled aluminum, with the full icon on one side while the winner and category are engraved on the other.

@Apple I am forever grateful for this award. We've met nothing but amazing people at Apple. The @AppStore eco system offers a complete toolset for anyone to build amazing things. Thank you. pic.twitter.com/uyfRXmuNg4

In a video posted by Andres Canella on Saturday, the award for iPhone App of the Year Wakeout! suggests the award is roughly the same physical width and length as a typical Mac mini, though with slightly more rounded corners and with considerably more thickness to enable it to stand on one side.

The App Store icon itself has a polished mirror-like appearance, while the engraving on the back is seemingly matt. Surrounding the engraving are concentric rings made up of squares with rounded corners, matching the color of the rest of the trophy.

Among the winners announced by Apple were Zoom as iPad app of the year, Fantastical for best Mac app, Disney+ for best Apple TV app, Pokemon Go for its indoor experiences, and Shine for promoting self-care of its users.