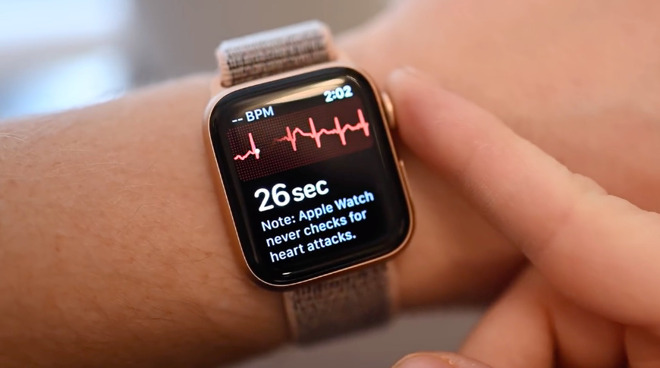 Within the latest beta of forthcoming watchOS 7.2 for Apple Watch, Apple has included version 2 of its algorithm for working with ECG monitoring. Apple has also published bare minimum information about the algorithm, intended only to inform developers of its new name for their API calls.

Formally called "HKAppleECGAlgorithmVersion.version2" -- the HK stands for Health Kit -- there is no information about what features it adds or updates. However, it is also listed as being available or coming to iOS 14.3 and Mac Catalyst 14.3.

The ECG feature was introduced with the Apple Watch Series 4, and gave uses the ability to check for signs of atrial fibrillation or sinus rhythm.

Both the watchOS 7.2 and iOS 14.3 updates are expected to leave the beta stage and be released publicly on December 14. They are required for the Apple Fitness+ service which launches that day, and also the new AirPods Max.
Sign In or Register to comment.