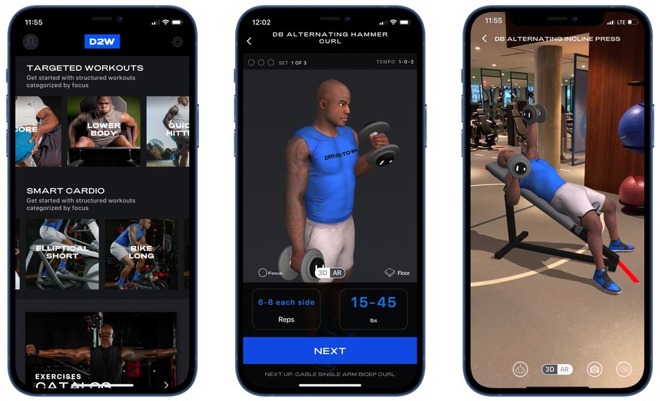 Athletes, sports fanatics, and those looking to get into shape can now train like professional athletes with a new fitness app named Driven To Win (D2W.)

According to CNBC, Ware he began going to Apple's headquarters in 2019 to figure out how to best create the app.

"Their support was monumental on what I should and shouldn't do," Ware said of Apple developers. "It's not one of those things to where it's me partnering and saying, 'Hey, this is my name.' This is a product that I helped develop."

As it turns out, Ware had majored in computer science at Troy University, but he wanted additional guidance to create D2W.

Ware began developing the app in 2018, two years after retiring from the NFL and following extensive neck and back surgeries. To get it done, Ware partnered with Calvin Carter, the founder, and CEO of developer Bottle Rocket, who has created apps for Southwest, Capital One, Disney, and more.

To build the app, Ware's team built a room with more than 300 cameras that filmed Ware doing more than 700 exercises. It uses augmented reality and shows enhanced 3D models to give users detailed instructions on doing the exercise.

D2W aims to provide users with a personalized experience that feels like training with a real-life trainer rather than watching a series of fitness videos. It even syncs with the user's Apple Watch and suggests workout intensity and rest periods based on users' biofeedback.

Ware and his partners are also looking for Series B funding for $30 million. They hope to eventually acquire smaller firms that have struggled due to the ongoing coronavirus pandemic.