AppleInsider
Posted: December 9, 2020 8:01PM
in General Discussion edited December 2020
Facebook on Wednesday was hit by a pair of lawsuits by the Federal Trade Commission and a coalition of attorneys general from nearly the entire United States alleging that the social media giant engages in anticompetitive practices. 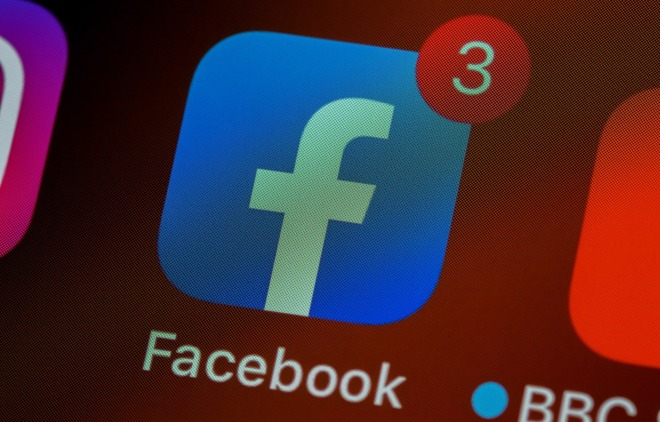 The first lawsuit, filed by New York Attorney General Letitia James on Wednesday, claims that the social media giant uses its power to illegally stifle competition and protect its position. In total, a bipartisan group of attorneys general from 48 states and territories, including Guam and the District of Columbia, are expected to sign onto the lawsuit.

"For nearly a decade, Facebook has used its dominance and monopoly power to crush smaller rivals and snuff out competition, all at the expense of everyday users" James said on Wednesday. "Today, we are taking action to stand up for the millions of consumers and many small businesses that have been harmed by Facebook's illegal behavior."

The states represent a broad swath of the U.S. Only four states were not named in the lawsuit's announcement, and are therefore not expected to sign onto the complaint.

Soon afterwards, the FTC announced its own legal action against Facebook for "illegally maintaining its personal social networking monopoly through a years-long course of anticompetitive conduct."

"Since toppling early rival Myspace and achieving monopoly power, Facebook has turned to playing defense through anticompetitive," the FTC states.

In a tweet shortly after the lawsuits were announced, Facebook said it would have "more to say soon," but likened the actions to the government now wanting a "do-over."

We're reviewing the complaints & will have more to say soon. Years after the FTC cleared our acquisitions, the government now wants a do-over with no regard for the impact that precedent would have on the broader business community or the people who choose our products every day.

Both lawsuits place particular emphasis on Facebook's acquisition of WhatsApp and Instagram. The FTC in its lawsuit says that Facebook had engaging in a systematic strategy to eliminate threats to its market power.

Specifically, the allegations appear to stem from several emails sent by CEO Mark Zuckerberg suggesting that the Instagram acquisition was, at least in part, to squash competition. Those emails were revealed as part of a House antitrust subcommittee investigation.

Facebook acquired Instagram for $1 billion in 2012 and WhatsApp for $19 billion in 2014. The FTC cleared both acquisitions at the time.

The states' antitrust lawsuit also examines whether the acquisitions made the user experience worse in terms of privacy, while the FTC complaint also notes that Facebook tried -- and failed -- to gobble up other competitors such as Twitter and Snapchat.

The two lawsuits will also examine whether Facebook uses its reach and power to stifle user growth on competing services. The lawsuit from the attorneys general alleges that Facebook engages in a "buy or bury" approach to competition, using its market power in an attempt to "squeeze every bit of oxygen out of the room for" companies that refuse to be bought.

Remedies for the alleged antitrust violations include actions that could force Facebook to divest from Instagram and WhatsApp. The FTC could also seek to prohibit Facebook from imposing anticompetitive conditions on third-party developers.

Both the FTC and the states cooperated closely during their investigation of Facebook, but the coalition of states chose to file a separate lawsuit. Although attorney General James said they are "aligned substantively with the FTC," she said there may be some stylistic differences in the lawsuits. She made it clear that the states are "independent enforcers of the law," however.

Though the lawsuits Wednesday could set a precedent for the industry, Facebook isn't the only tech giant to come under antitrust scrutiny in recent years. The House antitrust investigation that revealed the Zuckerberg emails also targeted Apple, Google, and Amazon.

Apple has come under fire for its tight control over its app store as well, with complaints alleging anti-trust behavior. To partially combat that, Apple announced a program that would cut that rate to 15% for developers making less than $1 million a year on the app marketplace.
«123»