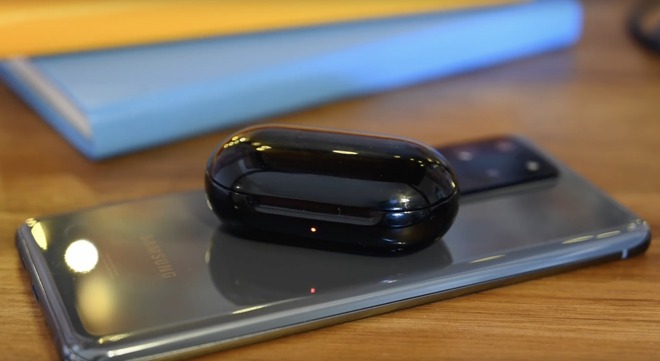 Wireless charging is an extremely convenient technology for providing power to a smartphone or another portable device, as it eliminates the pain point of needing to plug a cable into a port. With innovations like MagSafe making wireless charging easier to use, it may be time that Apple turns to use the same technology in other ways.

One of these could be in enabling devices to recharge each other directly. While it is possible to share power between mobile devices, Apple's current implementation is limited to cases such as an iPhone being charged using Lighting from a USB-C iPad Pro, something which still needs a cable to work properly.

Smartphone rival Samsung already offers a wireless charging-based bilateral charging system known as Wireless Powershare. In that system, a device like Samsung's Galaxy S20 can turn its Qi charging coil into a transmitter to share power with another compatible device, effectively sending power from its battery to another.

While Apple does include wireless charging coils in its iPhone lineup, they don't currently offer the possibility of transmitting power at the moment.

In a patent granted by the US Patent and Trademark Office on Tuesday titled "Inductive charging between electronic devices," Apple seems to be strongly considering enabling some form of wireless charging-based power sharing between devices.

One oddity for the filing is that there are actually four patent listings that were granted at the same time to Apple, sharing the same title and identical text. It is likely due to the patent application being a continuation of multiple earlier applications with the same name, from 2014 and 2015.

In short, Apple's patent describes how a device could have an enclosure with a battery, which can provide power to an inductive coil with the capability of transmission. The coil is configured to wirelessly transmit power through the back surface of the enclosure to another coil, similarly embedded within another device and placed alongside the first coil. 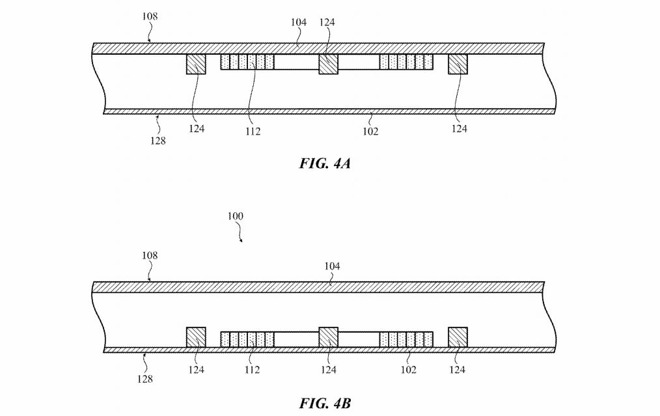 The charging coils could be mounted to the back of the device or the front.

Rather than using two distinct coils, Apple suggests there could be an inner inductive coil capable of transmission, and an outer coil that could receive a transmission of power. When switching between two operational modes, the relative section of the coil assembly could be activated and the other element deactivated.

This basically means the inner coil would be the only bit used when a device is transmitting power, while the receiving section of the coil assembly would be turned off, and vice versa if the device is receiving power.

To improve performance, MagSafe's magnets could be reused in the system, allowing the coils of two devices to line up perfectly with each other.

Such a system may not be limited to just the back of devices, where coils are currently located. It is proposed in claims that the display could have an inductive coil assembly attached to the back of the component, enabling the transmission of wireless power through the front. As demonstrated in one image, this could potentially involve an iPhone being placed in the middle of an iPad's screen to receive charge. 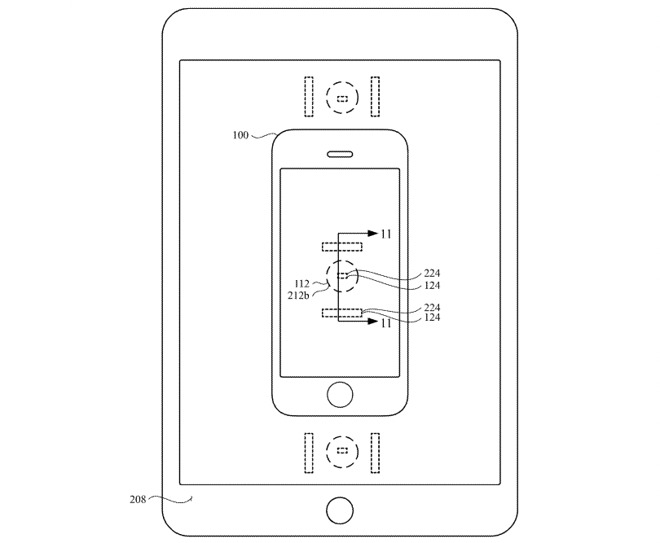 The patent suggests an iPhone could be charged by being placed on an iPad's screen.

This iteration of the patent is said to have a filing date of August 30, 2019, and lists its inventors as Darshan R. Kasar, Christopher S. Graham, and Eric S. Jol.

Apple files numerous patent applications on a weekly basis, but while the existence of a patent suggests areas of interest for Apple's research and development efforts, there's no guarantee they will be used in a future product or service.

Prerelease rumors speculated Apple would add some form of bilateral wireless charging to its iPhone 11 range, including one late rumor claiming it was to be added but disabled in software.

In May 2020, the Apple-sponsored NFC Forum adopted a Wireless Charging Specification that could enable bilateral wireless charging in more devices. While the specification offered it for relatively low charging rates of up to 1 watt, it also retained NFC's ability to offer data transfers, which could be used in the specification to control power transfers.
Sign In or Register to comment.