AppleInsider
Posted: January 5, 2021 11:24PM
in AAPL Investors edited June 2021
Apple on Tuesday announced its quarterly earnings call for the first fiscal quarter of 2021 will be held on Jan. 27, offering a detailed breakdown of the important holiday quarter as the coronavirus pandemic rages. 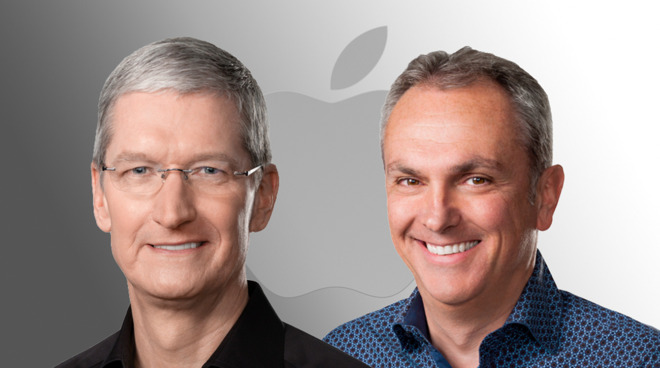 As usual, the financial results for the typically high-revenue period will be published, followed by a conference call featuring CEO Tim Cook and CFO Luca Maestri along with analysts after markets close on that day.

According to an update on the Apple Investor Relations webpage, the conference call is set to occur on Wednesday, January 27, at 2 p.m. Pacific, 5 p.m. Eastern.

The first quarter results are typically expected to be the largest for Apple, based on historical seasonal trends, and stand to benefit the most from a raft of product launches that occurred in the fall. This will chiefly consist of the release of the iPhone 12 range, including the iPhone 12 mini, iPhone 12 Pro, and iPhone 12 Pro Max.

Other product releases that may make an impact in the period include the first full quarter of sales for the Apple Watch Series 6, Apple Watch SE, and 2020 iPad. Products released in the quarter range from the iPad Air and iPhone 12 range to the HomePod mini, the M1 Mac mini, the M1 MacBook Air, and M1 13-inch MacBook Pro.

While the AirPods Max launched within the quarter, their release in the closing weeks means it won't make any meaningful dent in revenue.

Analysts will be keen to see if the quarter will beat the record-breaking Q1 2020 quarter, which saw revenue of $91.8 billion stemming from extremely strong iPhone 11 sales. There is some uncertainty surrounding whether or not Apple will set another revenue record, given much of 2020 was affected by the COVID-19 pandemic, which affected both Apple's production and sales.

As with other quarters during the pandemic, Apple declined to provide a revenue prediction during its Oct. 30 fiscal results.

Despite the reduction for iPhone sales, the drop was buoyed by increases in its other market segments, with iPad up 46% year-on-year, Mac up 29.2%, Services at 16.3% up, and the Wearables, Home, and Accessories category was also up 20.8%.