AppleInsider
Posted: January 6, 2021 4:09PM
in General Discussion
Investment bank Morgan Stanley believes the recent performance of Services and the iPhone 12 Pro are pointing toward a strong December quarter for Apple. 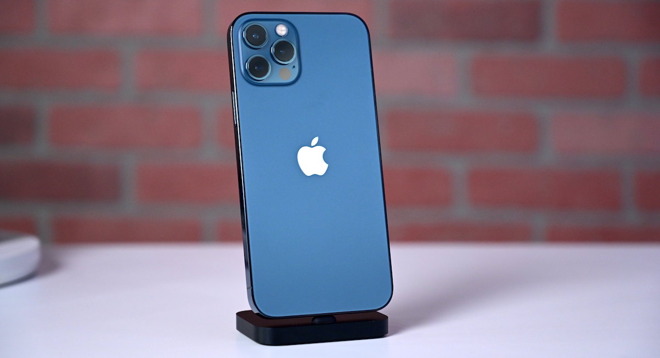 In the previous six months, App Store growth remained broad-based with all 10 of the top App Store markets growing at least 20% from the previous year. There were also notable accelerations in China and Japan. Increased new revenue per download shows a potential uptick in monetization.

She notes that this would suggest Services growth had accelerated for two consecutive quarters. That would likely put "upward pressure on consensus FY21 Services forecasts."

As of Jan. 5, 2021, iPhone 12 Pro lead times remained at three weeks. At this point in all prior iPhone cycles in the past four years, lead times clocked in at one day. Lead times for the iPhone 12 Pro Max also stayed elongated at 4.4 days, the second longest among iPhone models.

Lead times for the iPhone 12 and iPhone 12 mini were much more in line with past Apple handset cycles, coming in at about one to three days. However, Huberty points out that the lower-cost iPhones are likely performing better in international markets like China, where carrier subsidies and trade-in adoption lags behind the U.S.

"This data reinforces our bullish iPhone outlook ... and helps refute recent investor concerns of weaker C1Q21 A14 chip orders that were rumored prior to the holidays," the analyst adds.

Morgan Stanley is also closely monitoring other data points, such as the closure of Apple retail stores and current PC channel inventory units.

Apple has recently re-shuttered 105 Apple Store locations, or about 20% of its retail footprint, because of worsening coronavirus situations across the globe. Specifically, closures occurred in California, the U.K., Germany, and Italy.

Notebook inventory levels also increased 2.8x over the prior three weeks. Apple saw the greatest channel fill in this sector as the supply of M1 Mac and MacBook models improved.