AppleInsider
Posted: January 6, 2021 7:28PM
in General Discussion edited January 2021
Apple's expected 9th-generation iPad model will be based on the 2019 iPad Air 3's design, while no major changes are slated for the iPad Pro lineup, a new report claims. 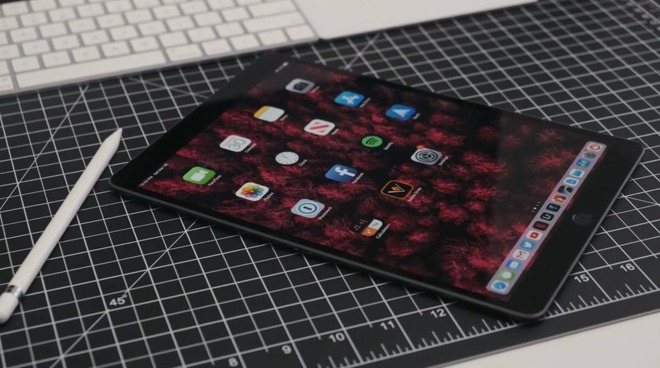 The low-cost iPad is expected to retain a 10.2-inch display but will be noticeably thinner and lighter at 6.3mm and 460 grams, Chinese supply chain sources told Mac Otakara. The current 8th-generation model is 7.5mm thick and weighs 490 grams.

Other than a slightly reduced footprint, Mac Otakara reports that the 9th-generation iPad will carry a similar set of features to its predecessor. It'll stick with a Lightning port and a Touch ID-equipped Home button.

For its screen, the 9th-generation iPad will also continue to use a full-lamination display, anti-reflective coating, P3 wide color support, and True Tone.

Mac Otakara's sources also claimed that no major changes are coming to either the 11-inch iPad Pro or the 12.9-inch iPad Pro other than a new A-series processor.

There have been a number of rumors suggesting that Apple is working on a new 12.9-inch iPad Pro model with a mini LED display for release in 2021.

It isn't clear if that model will be a higher-end variant released alongside more incremental refreshes of the current iPad Pro lineup.

What's also unclear is when Apple will release new iPads. The 8th-generation 10.2-inch iPad debuted in September, which could suggest a fall release for its successor. In past years, Apple unveiled new low-cost iPad models in the spring.