Edifier aims for AirPods with pair of wireless earphones

AppleInsider
Posted: January 11, 2021 2:01PM
in General Discussion
Audio device producer Edifier has launched two pairs of wireless earbuds at CES 2021, the TWS NB2 Pro and the GM5, along with the D12 Bluetooth Speaker with a classic wood grain finish. 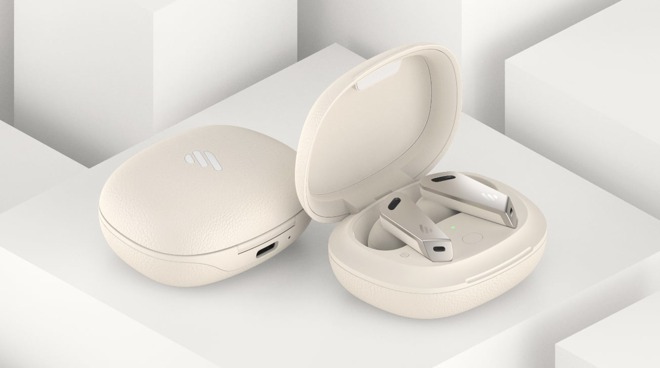 Following on from the TWS NB, the TWS NB2 Pro are wireless earbuds with noise-cancellation technology. Tested and certified to block medium and low-frequency environmental sounds, the earphones are claimed to provide protection from external interruptions while still providing a balanced sound.

An ambient sound function allows users to hear and be aware of their surroundings while still being able to listen to music and podcasts. Its IP54 rating means it has dust and moisture protection, making it useful for those working out or in transit.

Using a Qualcomm low-power chipset and a compact high-capacity lithium battery, Edifier claims the TWS NB2 can last up to seven hours with active noise cancellation turned on, or up to nine hours with it turned off. The accompanying charging case offers an extra 23 hours of playback time, and can give the earbuds two hours of playback time from a 15-minute charge.

Edifier plans to launch the TWS NB2 Pro in March, priced at $99. 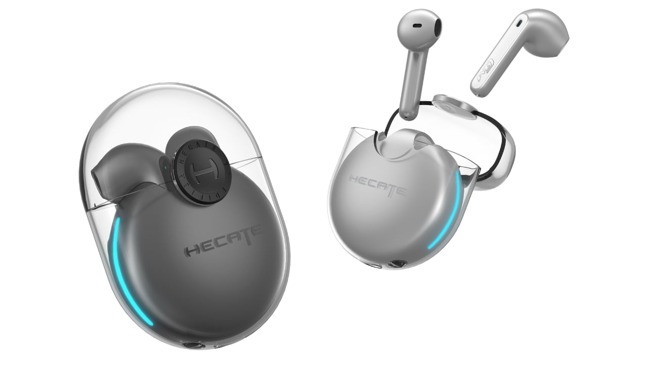 The second set of wireless earbuds revealed by the company, the GM5 offers environmental noise cancellation, with four microphones said to help with both phone calls and mobile gaming communication. Gaming is a major target market for the personal audio accessories, with Edifier raising its use of Qualcomm AptX low-latency technology for minimal lagging during gaming or streaming.

Two audio profiles are usable in the earbuds, to enhance the sound depending on a user's preference. It is also possible to pause playback by removing an earbud, while it is possible to switch from a dual-earbud setup to a single-earbud mode in one motion.

On their own, the GM5 can work for up to eight hours on a single charge, with the charging case adding an extra 32 hours of usage. 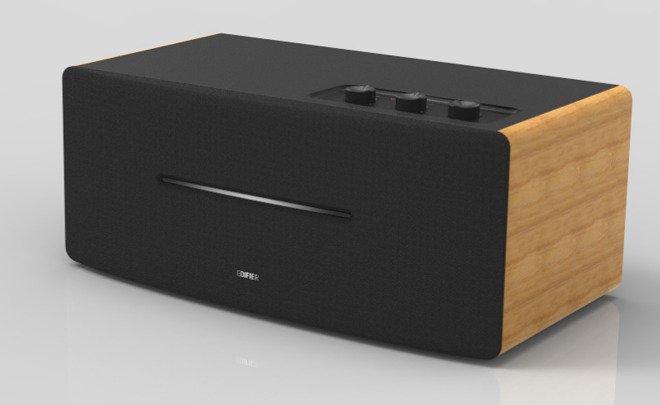 The D12 Bluetooth Speaker is a desktop speaker that is portable, with a solid frame and a wood grain finish. Containing four sound units, the speaker is claimed to offer balanced sound with high-low frequency separation and deep tones typically not offered by desktop speakers.

Inside is a pair of 20W bass speakers along with a pair of 15W trebles, for a supposedly high-quality audio playback, with a trio of dials on the top used to finely tune bass, treble, and the volume. Connectivity is provided over Bluetooth 5.0, and it is also able to support earlier versions.

Arriving on February 20, the D12 Bluetooth Speakers will cost $99.

AppleInsider will be covering the 2021 all-digital Consumer Electronics Show starting on January 11 through January 14 where we're expecting Wi-Fi 6e devices, HomeKit, Apple accessories, 8K monitors and more. Keep up with our coverage by downloading the AppleInsider app, and follow us on YouTube, Twitter @appleinsider and Facebook for live, late-breaking coverage. You can also check out our official Instagram account for exclusive photos throughout the event.
Sign In or Register to comment.