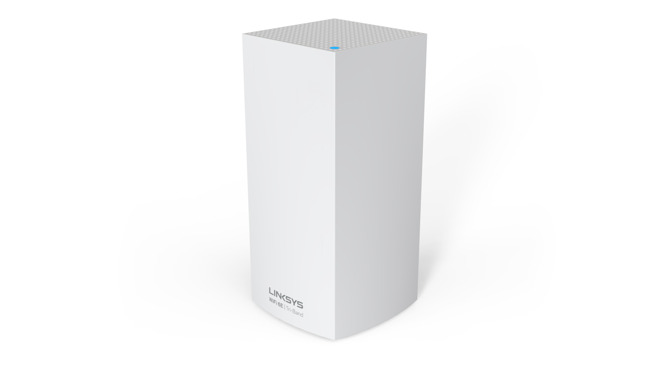 The new Linksys AXE8400 Wi-Fi 6E Mesh System is a mesh system that will yield benefits for households with both Wi-Fi 6e devices and non-Wi-Fi 6e devices alike. Each router is a stark white rectangular column, similar to its Velop routers.

Hardware-wise, it is powered by a 2.2GHz quad-core processor and 1GB of RAM. It has nine internal antennas, four LAN ports, a USB 3.0 port, and a 5-Gigabit WAN port. This router has a tri-band dynamic backhaul that allows the router to utilize the 6GHz spectrum for the backhaul between nodes even if no Wi-Fi 6e-enabled devices are in the home. At the moment no Apple devices directly support Wi-Fi 6e. 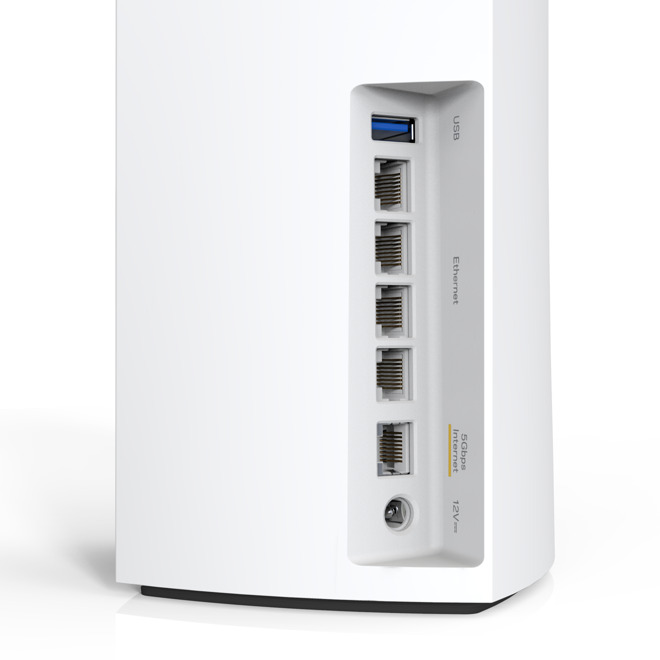 Hardwired ethernet ports on the AXE8400

Linksys is also announcing an update to its Aware service that uses Wi-Fi signals to detect motion in your home. With the new update, Linksys Aware will be able to use stationary Wi-Fi-enabled devices in your home for further coverage and additional accuracy.

Previously, Linksys Aware would use the mesh network between its routers to detect motion from a person or a pet. Now, Wi-Fi-connected devices like smart speakers, Apple TV, TVs, smart thermostats, and more are able to also participate. Even if they aren't made by Belkin.

After onboarding, this will allow the system to get a much better picture of motion in your home and even be able to tell you what room motion was detected in. New Motion Alerts will be configurable from the Linksys app.

Linksys Aware comes with a free 90-day trial before billing monthly at $2.99. The new update will land for users in March/April.