AppleInsider
Posted: January 15, 2021 5:22PM
in General Discussion
The all-virtual CES 2021 was smaller than in previous years, but there was a large amount of HomeKit products revealed at the event. Here's a first-look at what to expect in 2021. 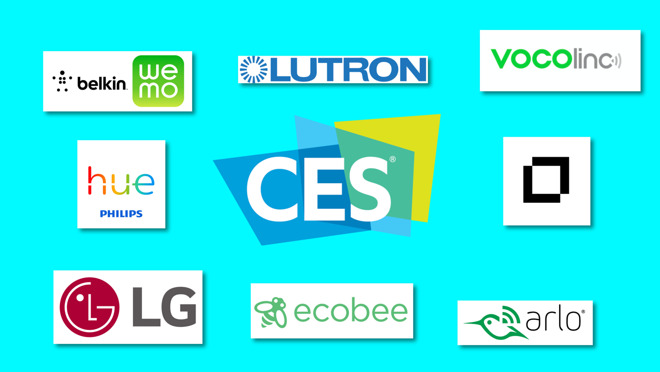 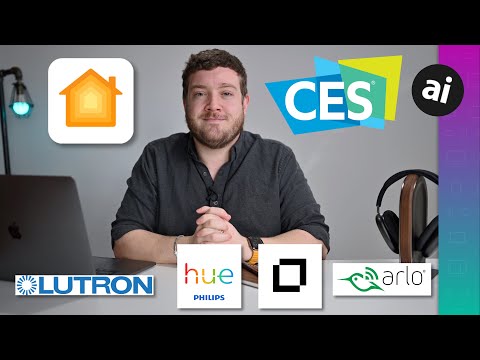 Lutron has one of the strongest portfolios out there and it gets even stronger with the addition of its new outdoor smart plug. The Caseta Outdoor Smart Plug has an exceptionally robust design from our time with the product. It feels very dense, unlike most others that feel hollow and plastic.

The Lutron outdoor smart plug carries an IP65 rating which will withstand active jets of water from any angle for 30 minutes. That is more than enough to survive snowy winters, rainy spring, and smoldering summers that customers endure. 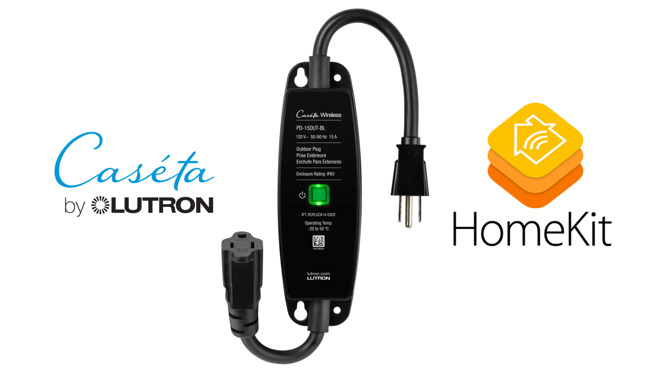 The Lutron Caseta Outdoor Smart Plug will launch at Amazon, Best Buy, Home Depot, Lowe's, and others in March for $79.95. 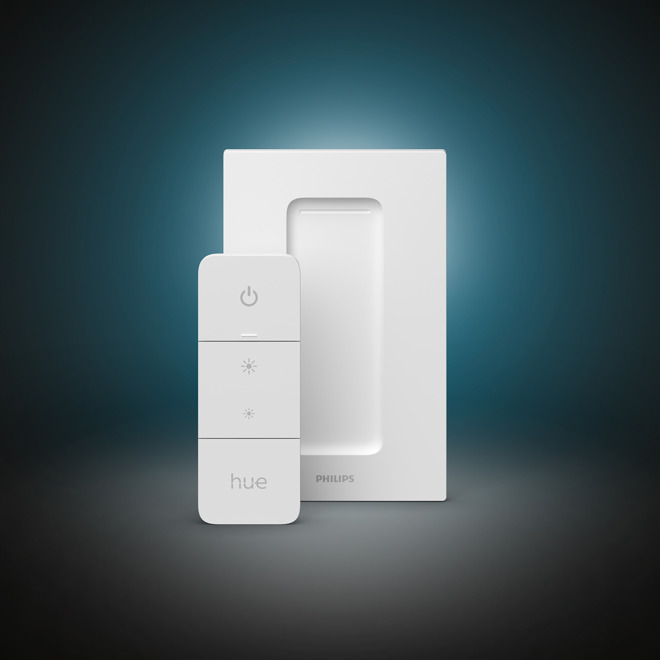 After leaking ahead of CES, the redesigned Hue Dimmer Switch made an official appearance. It features a slimmer profile, a rocker in the center to control the brightness of the lights, and comes with a bundled wall plate.

The Hue Dimmer Switch is launching on January 26 for those in Europe before coming to North America on February 23 for $24.99 -- a $5 price drop from the last generation. 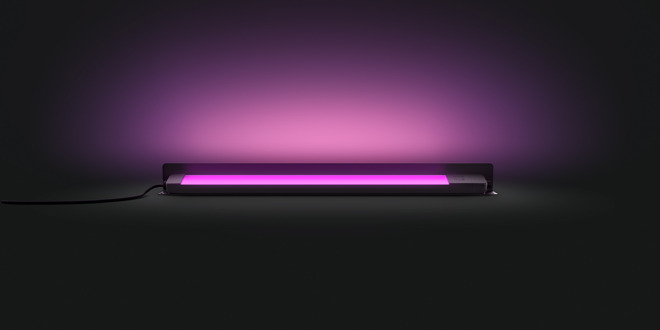 Signify is also launching a new outdoor light bar dubbed the Amarant. It is 31-inches wide and puts off 1,400 lumens at its peak.

It will run $169.99 for one and multiple can be chained together. Those in Europe can already pick it up and it will ship in North America in March. 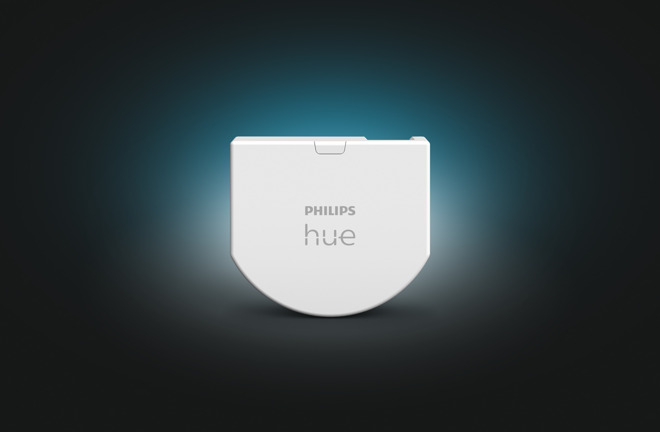 Finally solving one of Hue's biggest issues is the Hue Wall Switch Module. This fits behind your light switch to turn any "dumb" lights into smart lights. It allows you to continue using the wall switch as well as automating your lights through the Hue and Home apps.

It will launch in Europe in March before coming to North America at some point in the summer of 2021. 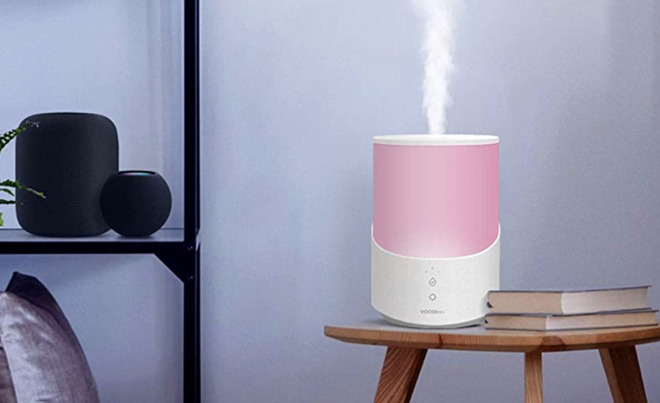 VOCOlinc announced its new Cool Mist humidifier that works via HomeKit. It has a soft accent light at the top that can change to over 16 million colors, and it has a 2.5L water tank to run for up to 30 hours.

There are five levels of mist, and you can set your desired humidity level to automate the device.

The VOCOlinc Cool Mist humidifier is available now on Amazon for $69.99 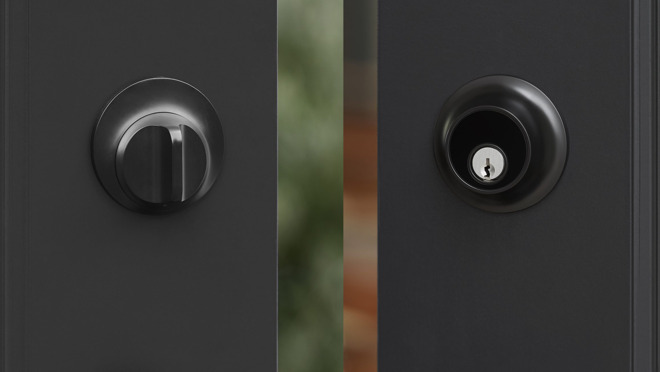 Level is debuting two new colors of its more-than-impressive smart door lock, the Level Touch. This HomeKit-enabled lock is coming in two new finishes -- matte black and polished brass -- to compliment the satin chrome and satin nickel that are already available. Matte black will be launching first in February 2020 with the polished brass to follow.

The existing models are available now for $329 on Amazon. 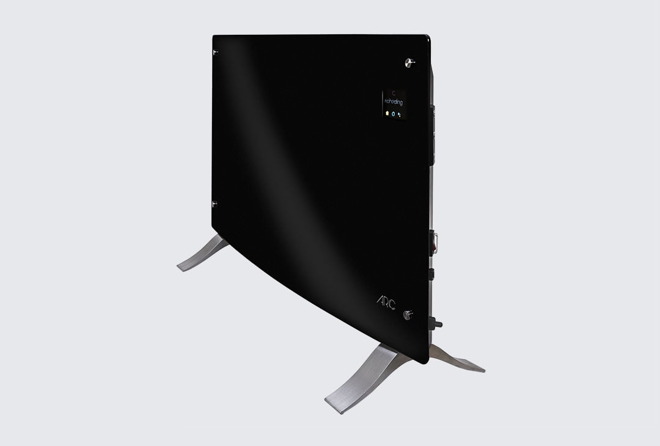 The Rio Arc in black

Rio Heating has announced that its HomeKit-enabled heater will be launching in the US very soon. Preorders will go live on January 18 and the first orders will be delivered by the end of February.

The Rio Arc has a sleek, modern design and is able to be freestanding as well as mounted to the wall to provide you with extra warmth during the cold winter months. 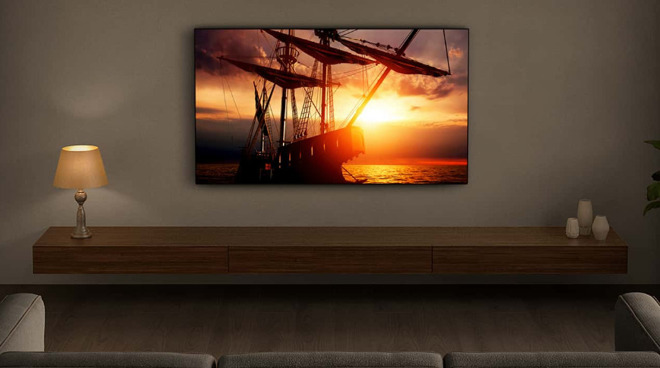 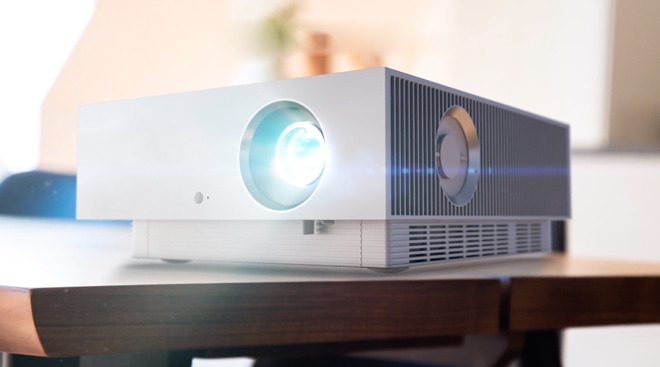 LG is announcing its new CineBeam Laser 4K projector, model HU810P, that is compatible not just with AirPlay 2, but HomeKit as well. This is one of the first projectors to support Apple's smart home platform.

The device will be available worldwide starting January 18 for just under $3000. 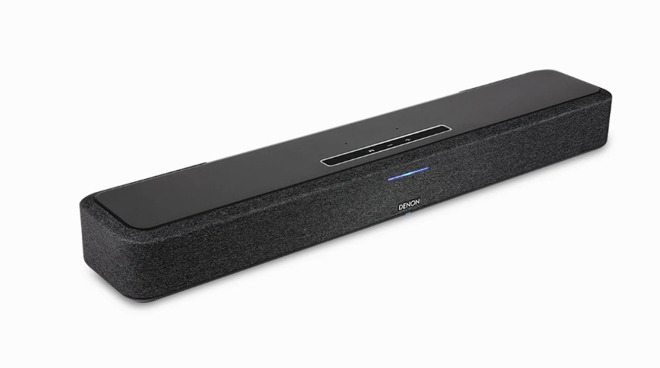 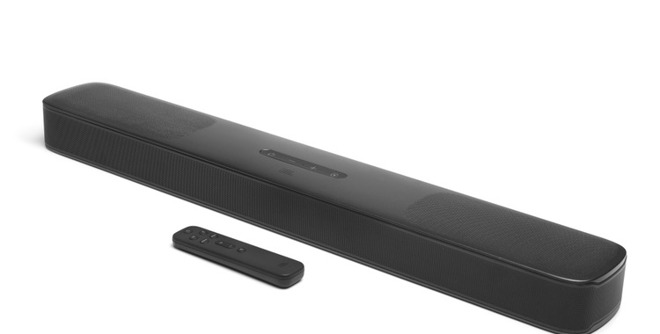 JBL has announced both a new soundbar as well as a receiver that support AirPlay 2.

The JBL Bar 5.0 MultiBeam sits at $399.95 provides a surround sound experience with four passive radiators and Harman's MultiBeam technology. It will be available this spring. 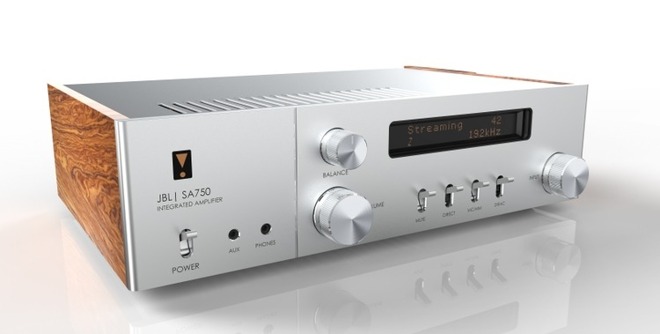 Then we have the $3,000 SA750 receiver which has a stunning retro look with an all-metal front. It will be launching in April.

After debuting its first design at CES 2020, OneLife is back to show off its new OneLife X air purifier. The company calls it the "world's most efficient air purifier" and features a washable air filter that doesn't need to be replaced like many others.

It is launching with a bamboo frame though, in the future, the company will be offering additional fabric and frame options as well as larger sizes.

OneLife CEO Christoph Burkhardt told AppleInsider that it is "HomeKit-ready" and can be controlled via Apple's Siri.

The product will be priced between $500 and $700 when it goes on sale April 1 on Indiegogo with shipping beginning in summer 2021.

Owl Home is opening preorders for its first HomeKit-enabled device, the Owl Wired. This is an all-in-one smoke, carbon monoxide, motion, noise, temperature, and humidity detector to help monitor your home. 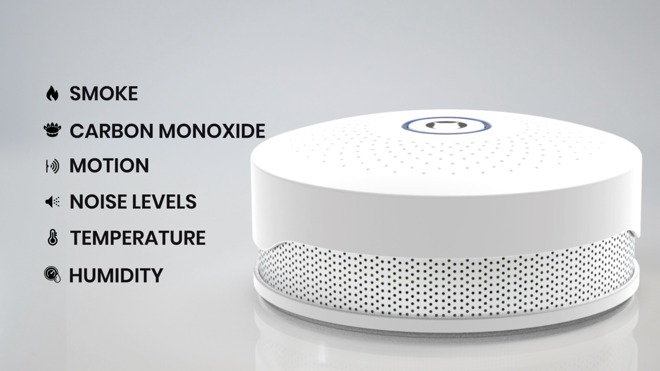 It is wired and mounted in your home and is able to report back all of those sensors to the Owl app as well as to HomeKit. 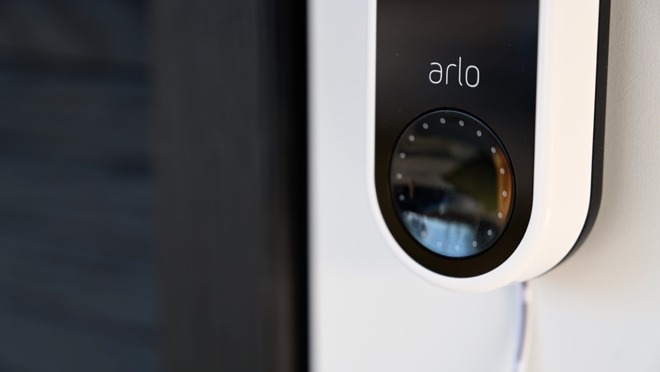 During CES, Arlo debuted a new touchless doorbell as well as the new Essentials Indoor Camera. While the hardware garnered interest, Arlo also updated the firmware on its wired video doorbell.

This new firmware brought long-awaited HomeKit support to the video doorbell, allowing the video feed and motion sensor to be viewed in the Home app as well as chime your HomePod and Apple TV when the doorbell button is pressed. 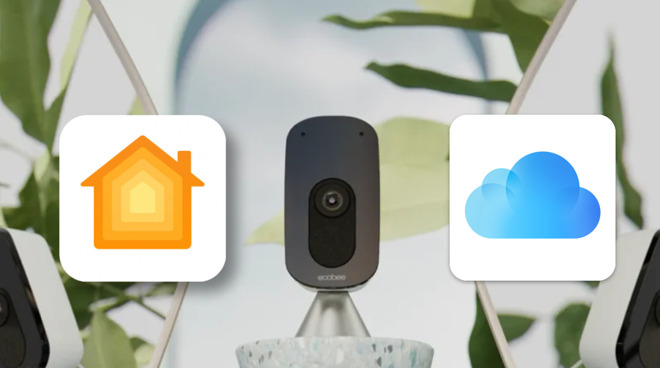 Ecobee has just dropped the price of its impressive HomeKit Secure Video camera from $179 to $129. At the same time as the price cut, Ecobee also added new features to the camera including improved follow focus, alarm detection, and Spotify integration.

While Nanoleaf elected to not release any hardware during CES, Nanoleaf's CEO did pledge company support to Thread. All future Nanoleaf products will be supporting the emerging smart home connectivity standard.

We've written frequently about Thread and its many benefits and are excited about its implications for HomeKit going forward. Nanoleaf was the first to debut Thread-enabled products with its Essentials line that includes a lightbulb and light strip that are sold exclusively through Apple Stores.

Belkin's Wemo Mini Wi-Fi Smart Plug is expanding its availability. It is now going to be available through Apple Stores worldwide rather than select countries.

Much more to come

Between CES taking place online and coronavirus slowing development and production, the initial bout of HomeKit news is a bit scant. But rest assured, HomeKit is still poised for an exciting year ahead so stay tuned to AppleInsider for more news to come.