AppleInsider
Posted: January 15, 2021 10:16PM
in General Discussion edited January 2021
Apple has started early development work on a foldable iPhone and is planning incremental changes for its 2021 iPhone lineup, though one major upgrade could see the inclusion of an in-screen fingerprint sensor. 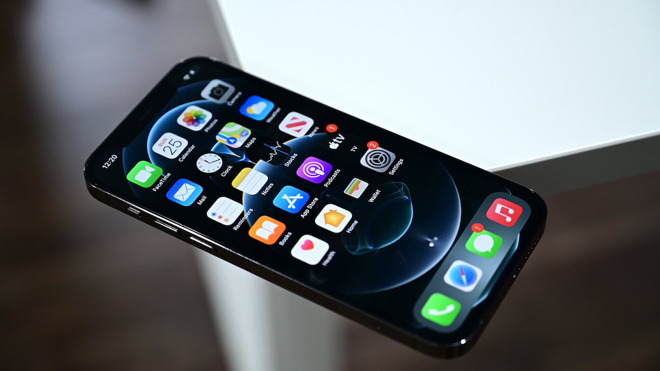 According to a Bloomberg report Friday, Apple still hasn't solidified plans to launch a foldable iPhone. Thus far, it has developed prototype folding screens for internal testing, but work hasn't extended much further beyond the display.

Reportedly, Apple's folding screen relies on a "mostly invisible hinge with the electronics stationed behind the display." The Cupertino tech giant has also discussed various screen size options, including a device that can unfold to a 6.7-inch footprint like the iPhone 12 Pro Max. Bloomberg notes that Apple doesn't even have a full handset prototype yet, and points out that a foldable iPhone is either years away or may never debut.

Rumors of an "iPhone Fold" have surfaced periodically for years, though the concept mostly exists in the form of numerous patents. Past reports have suggested that Apple is internally testing folding iPhone prototypes, however.

Instead of a folding iPhone, Apple is said to be focusing on its next lineup of iPhone and iPad devices for launch later in 2021. Internally, 2021 is shaping up to be an "S" year for the iPhone, with few major design or features changes compared to the iPhone 12 series.

Apple is reportedly still testing one major significant update for the so-called "iPhone 13," and that's an in-display fingerprint reader.

The company ditched Touch ID in its flagship devices in 2017, but the fingerprint authentication system is still used in several current iPhone, iPad, and Mac models. There have also been indications that Apple has been working to bring the feature back to its premium handsets to complement Face ID.

In August 2019, TF Securities analyst Ming-Chi Kuo forecast that the 2021 iPhone lineup could feature both Face ID and Touch ID. Qualcomm, said to be the likely supplier of the fingerprint sensor components, also recently debuted a much faster fingerprint reader.

The company is also considering nixing the charging port in a future iPhone model, leaving the MagSafe charger and Qi as the only charging technologies available. For the iPad, Apple is said to be planning a new iPad Pro similar to the current model but with a mini LED display and a faster processor.