AppleInsider
Posted: January 17, 2021 11:04PM
in Current Mac Hardware edited January 18
Apple has updated its repair program for the 2016 13-inch MacBook Pro to fix the so-called "stage light" problem, increasing the eligibility from four years to five years after the first retail sale of the unit. 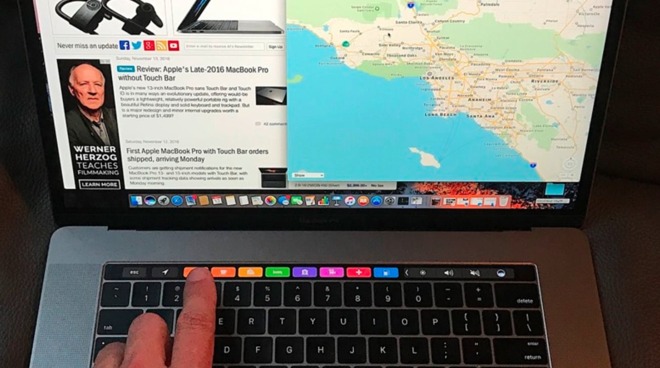 The problem of bright and dark spots at the bottom of the screen was found to be due to Apple using fragile flex cablesinstead of wire cables, as used in earlier models, which wear down over time. This can cause parts of the backlight to stop showing, or break the backlight completely.

The issue only affected a "very small percentage" of 2016 13-inch MacBook Pro units sold between October 2016 and February 2018, and not other models. Affected Macs are repaired by Apple or an Apple Authorized Service Provider free of charge, though if there are other detected faults that have to be repaired, the extra fixes are chargeable.

Previously, Apple defined the program as being eligible for "four years after the first retail sale of the unit." In an update to the program page on January 15 spotted by MacRumors, Apple has changed the language to extend the period.

The new terms state eligible models can be repaired up to "five years after the first retail sale of the unit or 3 years from the start date of this program, whichever is longer." As the program commenced on May 21, 2019, this means the affected MacBook units are eligible for the program until May 20, 2022, or at latest, February 2023.

Apple is in the process of dealing with class-action complaints against the company over the issue.