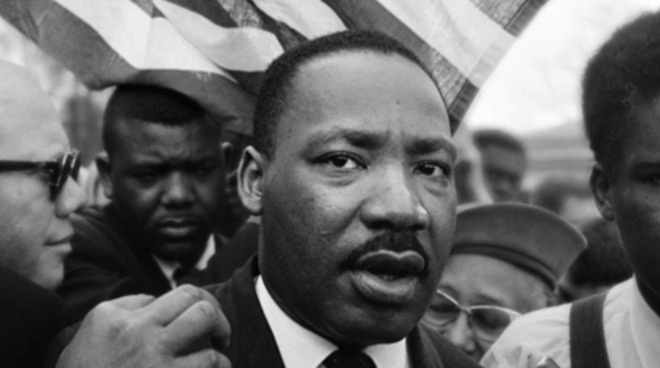 For one day only, Apple has replaced all of its usual product promotions and images, with a single photo of Dr. Martin Luther King, Jr. As it did in 2020, the photo is accompanied by a quote from the civil rights leader.

"True peace is not merely the absence of tension," he is quoted on the site, "it is the presence of justice."

Also the same as previous years, Apple has appended a short caption.

"We honor Dr. Martin Luther King Jr. and his leadership in civil rights," it says.

The image and quote entirely replace the space usually given to promoting specific Apple products. The site's regular banner remains, however, with sections for categories such as iPhone, iPad, and so on. 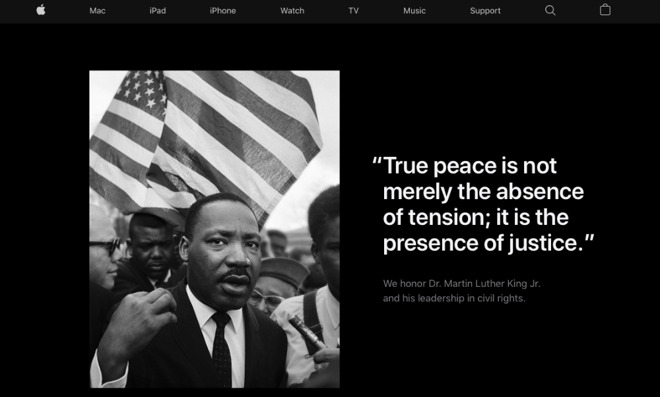 The site's usual footer with a sitemap and contact details also remains as normal.

Also as in previous years, Apple CEO Tim Cook has also tweeted about the company's honoring of Dr King.

"It will be power infused with love and justice that will change dark yesterdays into bright tomorrows, and lift us from the fatigue of despair to the buoyancy of hope." -- Dr. Martin Luther King Jr. pic.twitter.com/tL0OuO0WTT