AppleInsider
Posted: January 22, 2021 10:47PM
in General Discussion
Police in Texas used the cellular location tracking feature of the Apple Watch to find a woman who had been kidnapped. 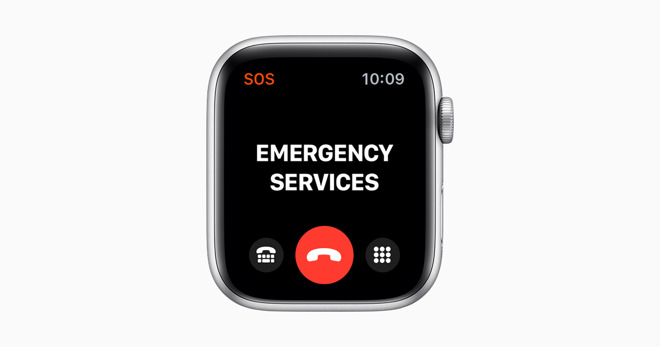 On Dec. 16, authorities arrived at Lookout Hollow Circle in Selma, Texas after being alerted to a potential kidnapping. Once there, officers spoke to a girl who said her mother had been taken.

Reportedly, the girl's mother was arguing with Longoria in a parking lot outside an apartment. The girl said she heard her mother scream, but did not know where she went. Shortly thereafter, the girl's mother called her via Apple Watch and told her that Longoria had kidnapped her.

Police later tracked down the location of the woman's mobile device using an emergency cellular ping to a Hyatt hotel parking lot. When officers arrived, they found the woman in a vehicle in the parking lot.

The victim told authorities that she had been arguing with Longoria. After telling her to get her things out of his truck, he allegedly drove away with her still in the truck bed.

The woman said she begged Longoria to stop. In response, he allegedly hit the brakes multiple times while driving, slamming her back down on the bed of the vehicle.

After driving around for a while, Longoria let her out and eventually parked at the Hyatt hotel. The woman said she was disoriented and did not know where she was. When she told Longoria that she had called the police, she said he tossed money at her. Reportedly, he fled as officers arrived on the scene.

This isn't the first time that Apple devices have helped authorities in tracking down suspects. In March 2020, police in Melbourne used the Find My app to locate two men after a deadly chase following a home invasion.