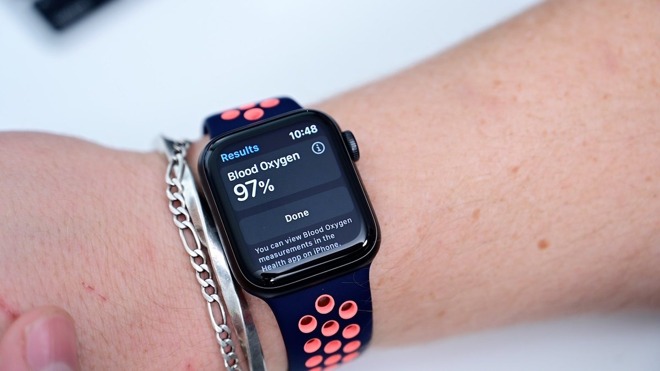 Rumors have circulated for a few years about an Apple Watch feature for glucose monitoring, allowing users to check their blood sugar levels from the wearable device. According to a report, that feature could surface in the next Apple Watch generation.

In a report about Samsung's Galaxy Watch potentially gaining a noninvasive blood glucose monitoring feature, ETNews claims a similar feature will appear in the "Apple Watch 7." Referencing existing reporting on the function, as well as Apple's patent filings, the feature is said to be undergoing testing for "reliability and stability" before it is commercialized.

Apple has secured various patents relating to blood sugar monitoring without drawing blood, including one from 2019 that analyzes body odor for changes. Another employed an optical system for absorption spectroscopy, to analyze materials in the blood.

Reports going as far back as 2017 also claim CEO Tim Cook has taken part in non-intrusive glucose monitoring tests, with Cook also admitting having worn a continuous glucose monitor for a few weeks.

This feature would be life-changing for Type-1 diabetics who are required to monitor their blood sugar levels through a constant glucose monitor (CGM) or finger pricks throughout the day. This would likely be many years off to achieve the degree of accuracy diabetics require before dosing themselves with insulin.

A more likely step for Apple is to attempt to slow the increasing number of Type-2 diabetics. Apple Watch could monitor a user's blood glucose level and alert a user if it is reading above the norm and that they may be pre-diabetic. The idea being that users who are more aware they could become diabetic will take meaningful actions to prevent it in the first place.

As well as Apple and Samsung, other companies are attempting to solve the problem in their own way, though all have the same regulatory hurdles to pass. Just as with the ECG function of the Apple Watch, any proposed blood glucose function will have to pass muster with the U.S. Food and Drug Administration and international counterparts before it can be used in each country.