AppleInsider
Posted: January 27, 2021 2:27PM
in General Discussion
A cyclist was able to call for emergency help on his Apple Watch, after he was caught up in flooding along the River Wye in the U.K. 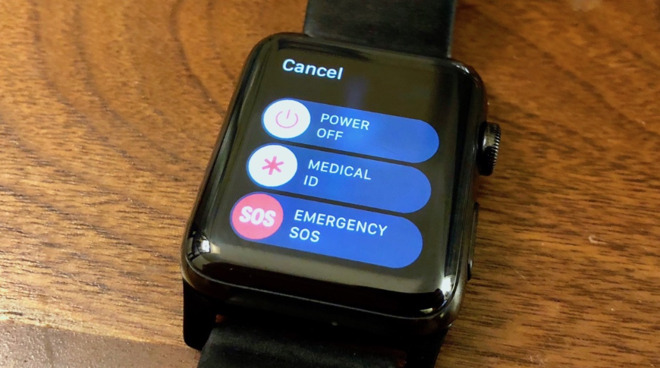 Apple Watch can contact the local authorities in an emergency

Apple Watch keeps on saving lives, with the latest example seeing a cyclist get rescued during the current river flooding in England.

According to the BBC and local radio station BBC Hereford & Worcester, the unnamed cyclist was carried a mile downstream on the swollen River Wye. He managed to hold on to a tree branch by the water, and called for help.

"He was speaking to our fire control whilst he was clinging onto a tree, via his Apple Watch," said rescue station commander Sean Bailey, "which worked wonderfully well for us to actually get to him as quickly as possible."

Bailey said that the cyclist had been "very quickly swept into the fast-flowing" part of the river. "We're very surprised that he didn't lose his grip," he continued.

The River Wye runs through Rotherwas in Hereford, near the border between England and Wales. At times during January 2021, it has been subject to flood warnings, as have many parts of the UK.

Apple Watch is able to make phone calls via LTE, or via a paired iPhone. It also features an Emergency SOS feature, which will contact the local authorities, and then text a user's specified emergency contacts.