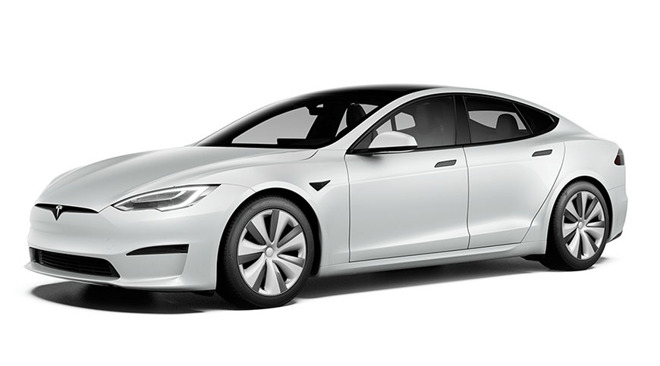 In September, Tesla filed documents detailing two key fobs, a security controller, and "endpoints" designed to reside in a car's frame or cabin, reports The Verge. At least three of the devices support UWB.

The key fob document notes compatibility with standards-based UWB, suggesting interoperability with implementations deployed in Apple devices like iPhone. If the endpoints are also UWB compliant, the system could theoretically support a smartphone-based Digital Key.

Apple, along with a consortium of tech and automotive companies, has been developing Digital Key Release 3.0, which taps Bluetooth Low Energy (BLE) and UWB technology to deliver passive, location-aware keyless access. Depending on their location, Tesla's endpoints could provide the ranging information necessary for triangulating a user's position relative to a vehicle. Ranging is part of Digital Key Release 3.0's security backbone which thwarts breaches like relay attacks that attempt to jam or intercept digital key signals.

So far, BMW is the only manufacturer to officially announce support for Digital Key Release 3.0 and, more specifically, Apple's next-generation UWB-enabled CarKey tech. Called Digital Key Plus, BMW's version allows users to unlock and start their car without taking iPhone out of a bag or pocket. That experience is an improvement over the existing BMW Digital Key that requires users to hold iPhone up to a door handle to gain entry and subsequently place the device in a provided Qi-enabled smartphone tray to start the vehicle.

Apple introduced UWB to its product line with the U1 chip in iPhone 11 and subsequently built the silicon into the iPhone 12 and Apple Watch Series 6 series in 2020.