AppleInsider
Posted: February 5, 2021 3:00PM
in General Discussion
After being unable to locate one of his AirPods, a Massachusetts man's trip to the emergency turned it up in an unlikely place. 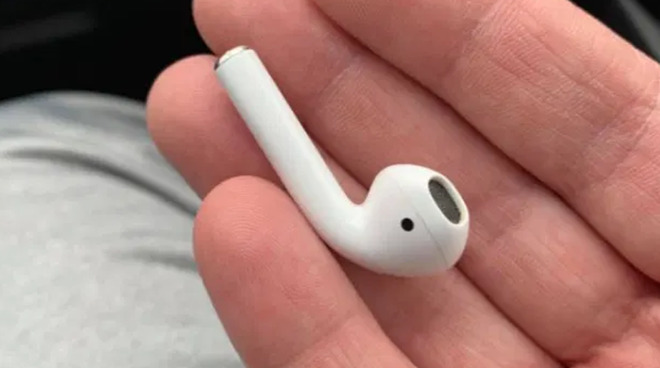 After shoveling snow for two hours on Monday night, Gauthier put his AirPods in and headed for bed. In the morning, he awoke to find that one of his AirPods was missing. He also noted that he was experiencing slight discomfort in the middle of his chest.

"I went back out in the morning and shoveled [snow] for an hour," he told WWLP News 22. "When I came in, I tried to drink a glass of water again and couldn't," said Gauthier.

Gauthier's family joked that maybe he'd swallowed it, but the idea felt "too coincidental." A trip to the emergency room lead to an x-ray, which lead his doctor to discover the AirPod lodged in his esophagus. 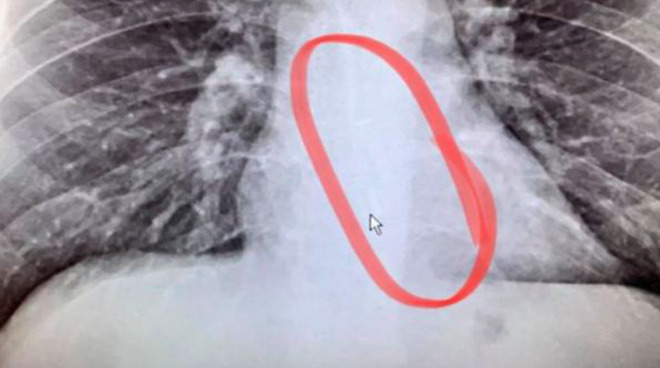 Though faint, the AirPod is visible on Gauthier's x-ray | Image Credit: Bradford Gauthier

An emergency endoscopy removed the AirPod, and Gauthier returned home to shovel snow.

"The GI physician said it's extremely uncommon for a blockage not to be painful or severely discomforting," he said. "It never occurred to me that [sleeping with headphones] could be a safety hazard. I was really quite lucky."

In June of 2020, a second-grader landed himself in the emergency room after accidentally swallowing one of his AirPods.
«12»