AppleInsider
Posted: February 9, 2021 9:19PM
in General Discussion
Apple more than doubled the road testing of its self-driving cars in 2020 and appears to have improved its autonomous vehicle technology compared to past years. 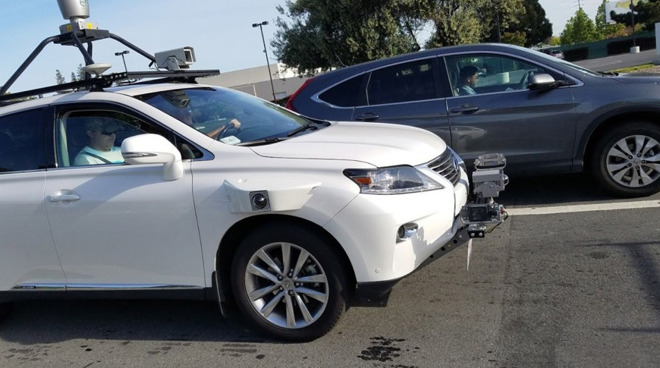 The Cupertino tech giant's self-driving vehicles drove 18,805 miles on California roads in 2020, up from 7,544 miles in 2019, according to a report filed with the state's Department of Motor Vehicles spotted by Bloomberg.

In addition to more road testing, Apple's autonomous technology seems to have improved as well. The same report indicates that Apple's self-driving cars had a disengagement -- a situation when a human driver needs to take over -- every 145 miles. In 2019, Apple reported a disengagement every 118 miles.

Apple's road testing in both 2019 and 2020 still lagged behind 2018 when the company's cars drove nearly 80,000 miles but had a disengagement about every mile.

The road testing data comes amid rumors that Apple is ramping up development of its self-driving car project.

In January, Apple was said to be in talks with Hyundai and Kia about manufacturing the autonomous "Apple Car." Although negotiations between the companies have ended, Apple was also reportedly talking to other companies about the possibility of manufacturing its own vehicle.

While a production "Apple Car" may be years off, the company is said to have hundreds of engineers working on autonomous vehicle technology and a smaller subset working on a production vehicle. Back in December 2020, Apple shifted its vehicular division to fall under the leadership of AI chief John Giannandrea.