AppleInsider
Posted: February 11, 2021 2:21PM
in General Discussion
Building on existing systems that monitor sleep through placing a sensor on top of the mattress, Apple is researching how to get more data and do so with less discomfort for the sleeper. 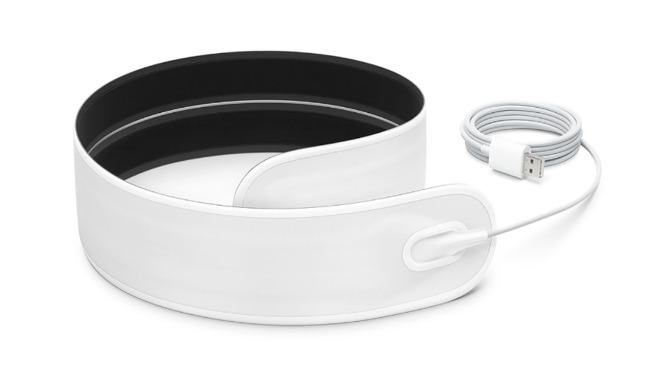 As well as Apple's acquisition of Beddit for its technology, the company has been persistently pursuing new methods of tracking sleep as part of its health features. Two newly-revealed patent applications suggest that it is particularly focusing on devices that can be laid upon a bed, yet not disturb the very sleep they're intended to monitor.

"Layered Sensor Having Multiple Laterally Adjacent Substrates in a Single Layer," one of the two new patent applications, is concerned with adding many sensors without adding bulk to the device.

The devices described in this application are similar to the Beddit Sleep Monitor that Apple currently sells. The Apple Store describes it as a "sensor strip," and it is meant to lie across a bed at approximately where the sleeper's chest is. 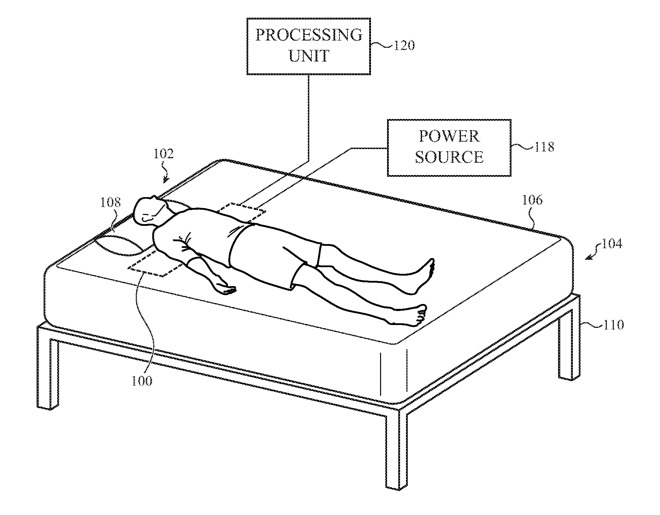 Apple says this model is already "extremely thin, flat, and soft," but presumably it isn't slim enough. The patent application wants to keep this form factor but add "multiple types of sensing mechanisms in a single device."

"Some devices are assembled by stacking multiple layers on top of one another, each layer including the same material(s) and/or a single type of sensing mechanism along the entire layer," notes Apple. "This may require at least one layer for each type of sensing mechanism, and may cause traditional devices to be rigid and thick, resulting in discomfort for users and reducing users' willingness to continue using the devices."

Apple's proposal is to have "multiple laterally adjacent substrates in a single layer." That is, making the device be just one slim layer, but doing it so that multiple sensors are effectively woven into it.

At the same time, a second patent application has now been revealed, and this one is credited primarily to Henry Rimminen. "On-Bed Differential Piezoelectric Sensor" was written in part by Rimminen, who was Beddit's chief hardware inventor before he left Apple in December 2019.

This patent application again describes a Beddit Sleep Monitor-style device -- although in a couple of different configurations. It is concerned with creating "a sensor stack," plus circuitry to convert analog signals, such as body vibrations, into digital data.

Overall, the intention of this patent application is to help a user continue their health monitoring even when asleep. 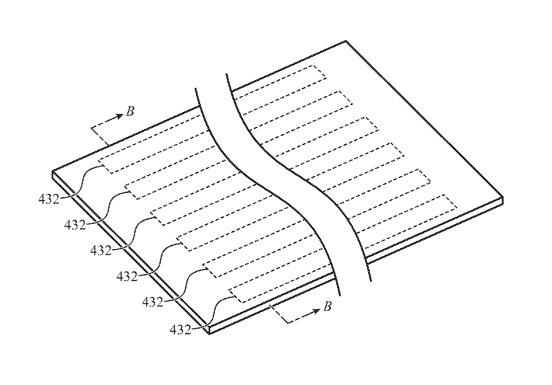 Detail from the patent showing one system of interweaving multiple sensors

"However, at night, the user may place (or couple) the smartphone and electronic watch on (or to) one or more chargers," continues the application. "The user's nighttime health may therefore not be monitored, or may be monitored to a lesser extent than the user's daytime health."

Using an "on-bed differential piezoelectric sensor," Apple proposes that a system could "sense vibrations, including sounds."

Together these two newly revealed patent applications continue Apple's previous research. In particular, they read as evolutions of an idea that might make sleep tracking be part of either a mattress device, or even blankets.