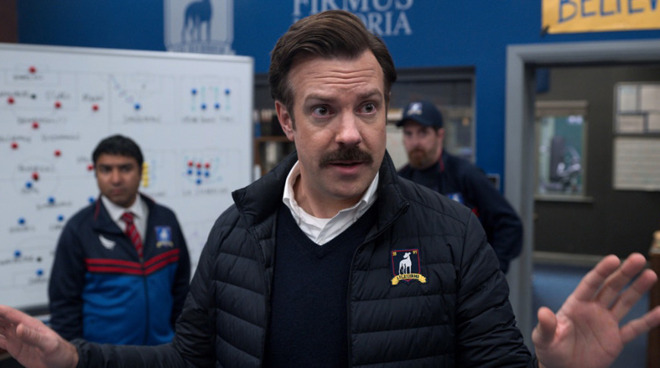 The company gave a first look at a slew of returning and upcoming originals on Friday, including dark comedy series "Physical" and Stephen King-headed "Lisey's Story."

Additionally, in a tweet thread detailing all of the new content coming to the streaming service, Apple announced the release timelines for the second seasons of "Ted Lasso" and "The Morning Show."

Jason Sudeikis returns as Coach @TedLasso in Season 2 as we learn the fate of the AFC Richmond.

Jennifer Aniston and @ReeseW anchor this new season of @TheMorningShow as the characters recover from the UBA debacle and brace for the oncoming force that doesn't play fair: the Covid-19 Outbreak.

Production on "The Morning Show" season two kicked off in 2020 but was halted due to the pandemic. Production resumed in October, with parts of the show rewritten to reflect the global health crisis. Apple TV+ also started production on the second season of "Ted Lasso" in January.