January China iPhone shipments grew over 150% versus 2020, according to analyst

AppleInsider
Posted: March 3, 2021 3:38PM
in iPhone
Apple smartphone share in China continues to grow due to high iPhone 12 demand, with Morgan Stanley expecting a strong March quarter on the strength of January sales. 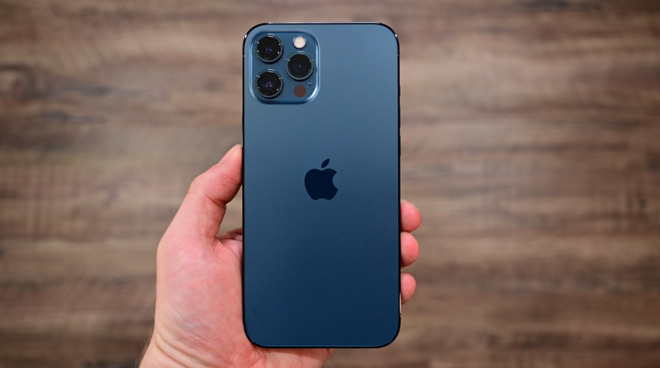 In a note seen by AppleInsider, Morgan Stanley analyst Katy Huberty states that iPhone supply has caught up with demand, and Apple is seeing great performance in China. Shipments of the iPhone are estimated to have grown by 150% year-over-year in China in January.

The iPhone 12 lineup has been performing well in China due to the introduction of 5G. Apple reported record-breaking revenue from China during the Q1 2021 earnings call, and Katy Huberty reports that demand remains strong in the March quarter. 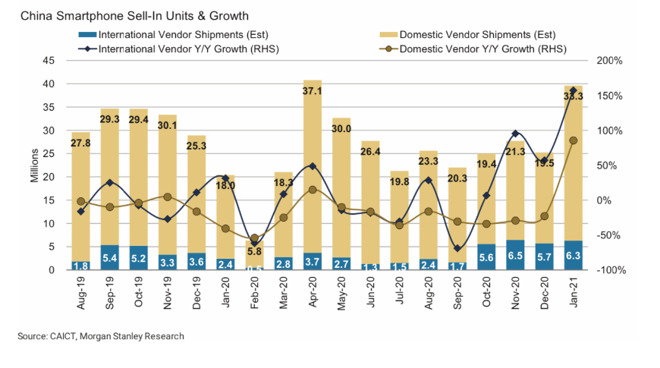 The iPhone 12 and iPhone 12 Pro Max are two of the five most popular iPhone models in China over the last four years based on the iPhone installed base share at the end of the second month after launching. This is in line with other reports suggesting the iPhone 12 is in a super cycle of demand.

Huberty is maintaining her 12-month AAPL price target of $164. The price target is based on a sum-of-the-parts model with a 6x enterprise value-to-sales (EV/Sales) multiple on Apple's product business and a 13.1x EV/Sales multiple on Services. That results in an implied 7.5x target 2022 EV/Sales multiple and a 34x target enterprise-value to free-cash-flow multiple.
Sign In or Register to comment.