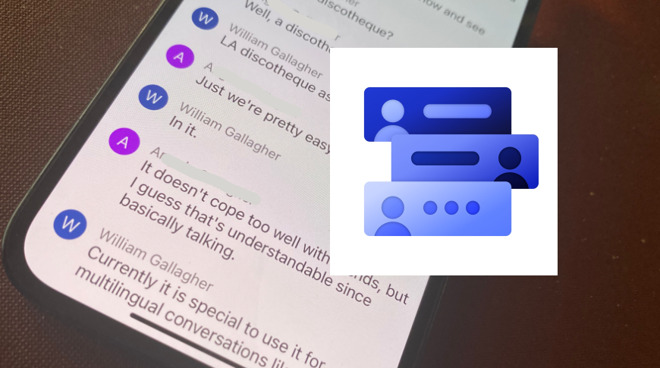 Microsoft Garage, the experimental research division of Microsoft, has released a free iOS-only app called Group Transcribe. Each person in a meeting runs the app on their iPhone, and it provides what Microsoft describes as "real-time, high quality transcription" of the conversation.

"There is healthy debate about the productivity of multi-tasking," writes Microsoft's Lainie Huston on a Microsoft Garage blog. "Is it possible to take excellent notes while also being fully present in a meeting?"

"Now, you don't have to choose between focus and productivity with our latest experiment, Group Transcribe," continues Huston.

Group Transcribe follows other transcription services -- such as Otter.ai -- but a key feature is that it adds multilingual capabilities.

"This can be a fantastic tool for communication," writes Franklin Munoz, Principal Development Lead at Microsoft. "What I would love to see is for this to break down barriers for people speaking across multiple languages."

In use, each person in the meeting must be near their iPhone, and have the app running. One person starts the meeting and is presented with a short code; each other attendee must enter that code to continue.

Once they have, anything any of them says within earshot of their iPhone is automatically transcribed, and presented to all the other members. The idea is that by doing this, no one need takes notes anymore. In theory, they can just refer to precisely what was said, and Group Transcribe is good at clearly identifying who is speaking at each point.

However, in initial AppleInsider testing, the transcription accuracy was noticeably poor. No service can be 100% accurate, especially when a conversation uses proper names or little-known technical terms, but Group Transcribe is considerably weaker than Otter.ai, for instance. 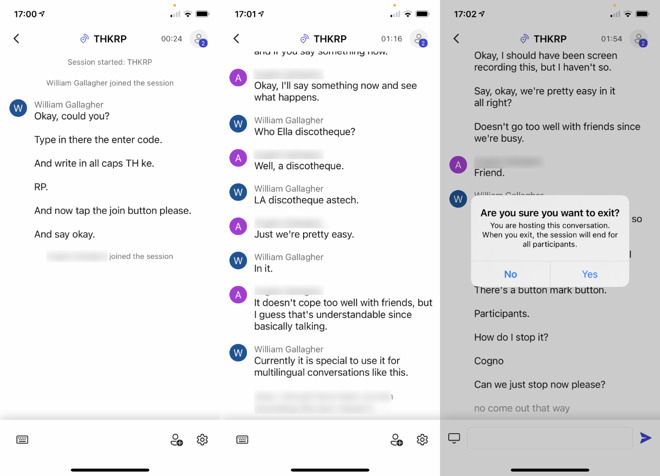 You do have to tell it before you try speaking French, but Group Transcribe should still spot the word "French" and not think you said "Friends"

Group Transcribe also does not record audio. Most of the other competitors in the space do, and on reviewing the transcript text, users can tap on words to hear what they actually were.

This app -- now free on the App Store -- is an experiment, though -- and Microsoft is clear on that point. Microsoft Garage is a group that develops technology practically for the sake of it, to see what it may be capable of, and may be useful for.

Previously, Microsoft Garage developed News Pro, a news aggregator for iPhone and Web. Its first Mac-specific development, made by interns in Vancouver, was an Office 365 toolbar.
Sign In or Register to comment.