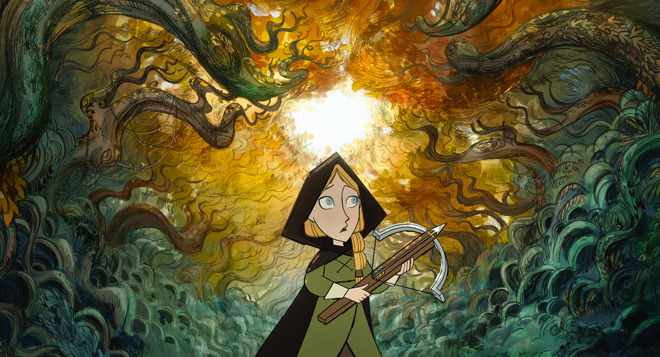 Ahead of the ASIFA-Hollywood's 48th annual Annie Awards, "Wolfwalkers" was nominated for Best Indie Feature, Best FX for Feature, and eight other categories. A full list is available below.


In the Best Indie Feature category, "Wolfwalkers" competes with "A Shaun the Sheep Movie: Farmageddon," "Calamity Jane," "On-Gaku: Our Sound," and "Ride Your Wave." The Apple TV+ series is expected to come away with the top prize in the category. It leads the pack in terms of nominations, tied with Pixar's "Soul," which also has 10 nominations.

"Wolfwalkers" has also been nominated for other awards, including a Golden Globe for best animated picture nomination. It's also a front-runner for an Oscar nomination.

Additionally, Apple TV+ brought home a nomination in the Best TV/Media - Preschool category for "Stillwater" episode "The Impossible Dream / Stuck in the Rain."

The 48th Annual Annie Wards will be streamed live on April 16.