AppleInsider
Posted: March 4, 2021 3:31PM
in General Discussion edited March 2021
Apple is continuing to refine its work on light sensors that could work through a display, likely for use in a future version of Face ID or Touch ID on an iPhone. 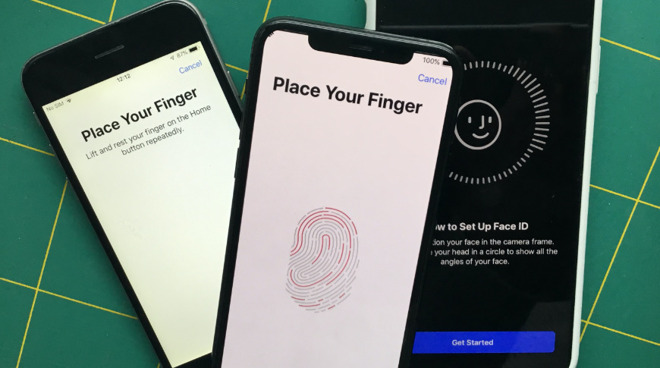 Current iPhone models, like the iPhone 12 and iPhone 12 Pro series, house their Face ID system and sensor suite in a notch at the top of the display. Apple, however, is working on a system that could ultimately allow it to minimize or nix the notch entirely.

In a patent application published March 4 and titled "Sensing System for Detection of Light Incident to a Light Emitting Layer of an Electronic Device Display," Apple lays out a system to embed a light detection layer in the display stack. "In particular, light sensors associated with the light sensing system can be distributed around or within an active display area of the display," the patent reads.

The patent gives two immediate examples, claiming that the light sensors could "assemble an image of an object touching the display." That could work for in-display Touch ID based on an optical imaging system. The patent also contends that the iPhone's ambient light sensor could also be included. 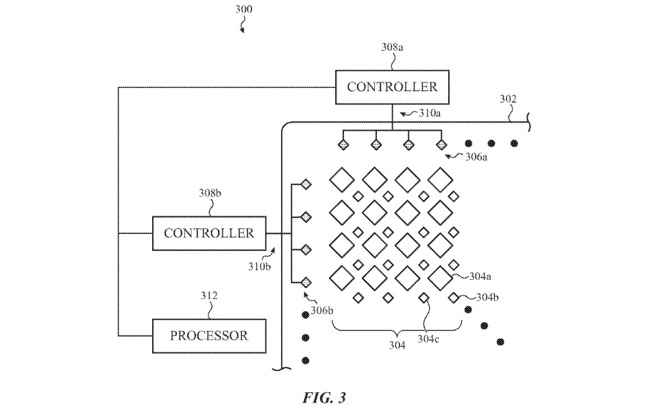 An array of light sensors embedded between pixel areas of a display. Credit: Apple

The patent notes that it mostly covers use of the system for an ambient light sensor, but adds that its value doesn't stop there.

"[An ambient light sensor] is merely one example and in other implementations the light sensing system can be suitably configured to be used as, or with: an optical imaging system (e.g. camera, light field sensor, depth sensor, fingerprint imaging sensor, iris or retina imaging system, and so on); a touch input sensor; a force input sensor; a biometric measurement system (e.g., photoplethysmogram sensor, blood oxygenation sensor, respiration sensor, and so on); and so on," the patent claims.

However, given rumors that Apple is looking to minimize the notch or bring back Touch ID on a future handset, it's likely that the patent application is part of a growing body of technology that could make that happen.

The patent application lists Mohammad Yeke Yazdandoost; Lun Tsai; Meng-Huan Ho; Niva A. Ran; Akshay Bhat; Volodymyr Borshch; Anand K. Chamakura; and Giovanni Gozzini as its inventors. Many of them have been previously credited on patent applications related to display-embedded components, including cellular or Wi-Fi antennas or under-display Touch ID.

Apple files numerous patents on a weekly basis, so an individual patent application isn't a good indicator of the timing or likelihood of a product release.
Sign In or Register to comment.