Apple Watch far outsold all other smartwatches in Q4 2020

AppleInsider
Posted: March 5, 2021 11:09AM
in General Discussion edited March 2021
New research shows that 40% of smartwatches sold in the fourth quarter of 2020 were Apple Watches, with the Apple Watch SE and Apple Watch Series 6 selling an estimated 12.9 million between them. 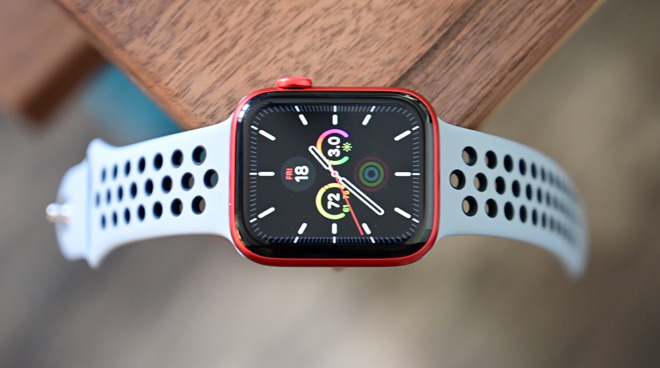 Counterpoint Research, which previously revealed that the iPhone 12 quickly became the world's best selling 5G phone, now says much the same for the Apple Watch. Overall, sales for smartwatches in Q4 2020 were slightly lower than for the same period in 2019, but Apple increased its share.

According to Counterpoint Research data, Apple Watch accounted for 40% of all smartwatch sales in the quarter. Its closest rival was Samsung at just 10%.

This compares to the same period in 2019 when Apple had 34% market share, while Samsung had 9%. Counterpoint says that the coronavirus pandemic meant sales in the quarter were slightly down on the previous year, which made for "
"an almost flat 2020" compared to 2019.

"The Apple Watch Series 6 and SE did well," says Counterpoint, "shipping 12.9 million units and accounting for 40% market share in Q4 2020. Samsung increased its share by 1%pt YoY, rebounding in the latter half of the year with the launch of its Galaxy 3 Watch."

"The smartwatch market is being driven by three premium brands - Apple, Samsung and Huawei," said Lim. "We believe the ASPs will continue to rise over the next two to three years as these companies' flagship models continue to lead."

"On the other hand," she continued, "Apple's success with its Watch SE model will likely spur others like Samsung to release similar variants, moving closer to the mass market."