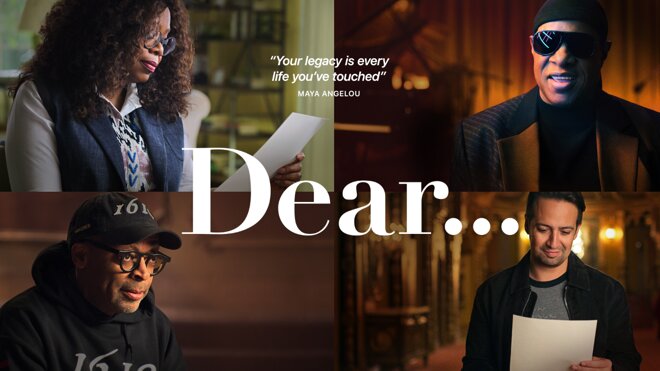 'Dear...' is renewed for a second season

The first season of "Dear..." arrived in June 2020 and mostly fell flat, but had some interesting anecdotes. Each episode features a different famous person who describes their life and inspirations.

In a press release, Apple states that the new season will contain ten episodes that spotlight and profile internationally recognized leaders. The show will again be directed by R.J. Cutler who also directed the recent "smash hit" documentary "Billie Eilish: The World's A Little Blurry."

Featured stars for season 2 include: The show's premise was inspired by the "Dear Apple" spots where customers told stories about using their Apple devices. The show uses letters written by those who have had their lives changed by the famous person's work.

The second season of "Dear..." will be available on Apple TV+ later in 2021 and customers can subscribe to the service for $4.99 per month. The service is also available via every tier of Apple One.
Sign In or Register to comment.