AppleInsider
Posted: March 8, 2021 11:28AM
in iPod + iTunes + AppleTV edited March 2021
The Apple TV+ comedy "Ted Lasso" has added more awards to its growing collection, picking up three from the Critics Choice Awards including one for "Best Comedy Series." 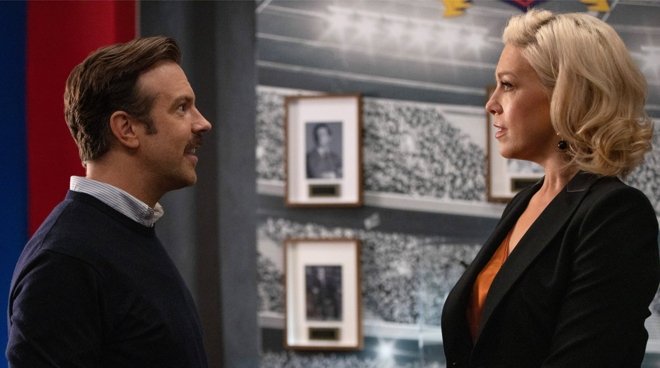 The hit show fared well during Sunday's awards ceremony, with it beating out "Better Things," "The Flight Attendant," "Mom," "Pen15," "Ramy," "Schitt's Creek," and "What We Do in the Shadows" for the "Best Comedy Series award.

The accolades continued for Jason Sudeikis, who played the titular character and executive produced the show. His first Critics Choice Award nomination and win were for "Best Actor in a Comedy Series."

In a lengthy speech, Sudeikis thanked his former partner Olivia Wilde, "who had the initial idea to do this as a TV show." He also thanked his kids, Otis and Daisy.

Sudeikis' award follows just a week after winning Best Performance by an Actor in a Television Series - Musical or Comedy at the Golden Globes.

Actress Hannah Waddingham also gained an award at the ceremony for her portrayal of Rebecca Welton, securing the title of "Best Supporting Actress in a Comedy Series."

"Ted Lasso" won all three of its nominations, and was the only Apple TV+ show to be represented at the awards.

A second season of the show is expected to air on Apple TV+ in the summer.