Apple will switch to randomized serial numbers in early 2021

AppleInsider
Posted: March 9, 2021 7:11PM
in Current Mac Hardware
Apple will soon be changing the way serial numbers of Macs and MacBooks are created, with a switch to randomized numbers in early 2021 making it harder to suss out details about a device. 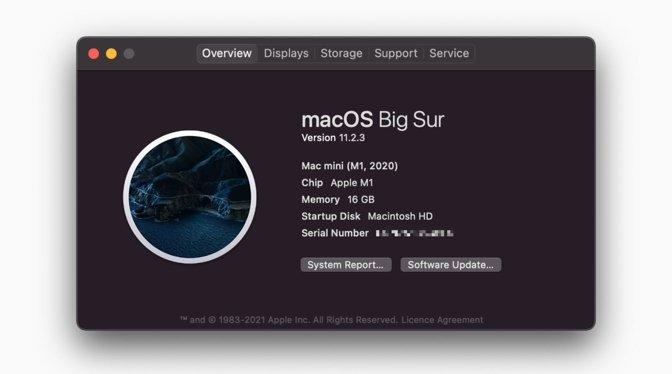 Currently, the serial number of Apple products use a format that can provide more information about the device. The existing string can be used to work out when and where a device was produced, as well as configuration codes that reveal the model and storage capacity of the device.

In a change to that structure, Apple will be switching over to a new serial number format that consists of a random alphanumeric string between 8 characters and 14 character in length. The internal AppleCare email seen by MacRumors explains it will be scheduled for introduction in "early 2021," and will initially use serial numbers that are 10 digits in length.

The introduction was originally set to take place in early 2020, but the COVID-19 pandemic forced Apple to delay its implementation by a year. Currently-shipping Apple products will continue using the existing format, but future products will switch to the new version.

The change in format will effectively make it impossible to gleam details of the location of manufacture and the week and year of production, details that can be determined with the current system.

Other unique identifiers, such as the IMEI number of an iPhone, will remain unchanged in their current format.
«12»