AppleInsider
Posted: March 11, 2021 12:41PM
in General Discussion
Apple is investigating how an "Apple Ring" could interpret the wearer's gestures, or provide extra functionality to other devices such as the Apple Pencil. 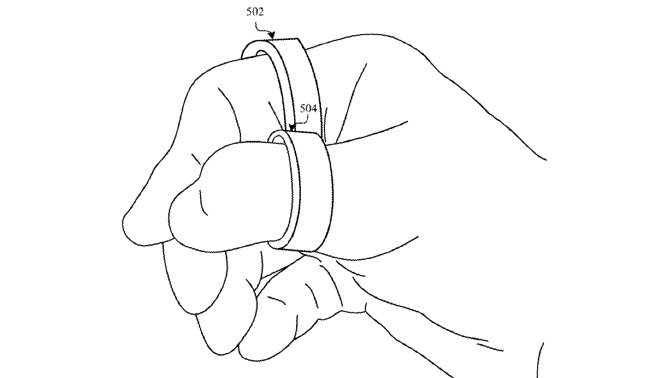 We may all end up wearing multiple "Apple Ring" devices

Apple is really keen that your devices know exactly -- exactly -- where you are. The company is increasingly using Ultra Wideband (UWB) to help iPhones locate each other, and it's previously looked at how self-mixing interferometry (SMI) sensors can detect people.

Now there's "Self-Mixing Interferometry-Based Gesture Input System Including a Wearable or Handheld Device," a newly-revealed patent application. It's still concerned with locating and tracking, but this time it is specifically about using SMI sensors in a wearable -- such as a ring.

The patent application attempts to cover all possible wearable devices, but then concentrates on what Apple describes as a device where the "housing defines a closed ring configured to receive a finger."

It's a ring that contains one or more sensors that are "emit a set of one or more beams of electromagnetic radiation," with Apple explaining that each beam is "emitted in a different direction." The purpose is to take "digitized samples of the set of one or more SMI signals" and thereby "extract the relationship" between the ring and what's nearby.

Apple is intentionally vague about the definition of what's nearby, but it does repeatedly describe "a second surface." In its drawings, the patent application gives as one example, a user wearing a ring and also holding an Apple Pencil.

"When the system includes only one SMI sensor... the processor may determine, for example, the motion of the [ring] (and thus a motion of the user)," says the patent application. When there are two or SMI sensors, the device can determine a much wider range of motion "in a plane (eg in an xy, xz or yz plane of a Cartesian coordinate system)."

Knowing where the Pencil is moving could mean, for instance, that Apple AR, or "Apple Glass," could "draw" a line on a surface. Or a shake of the hand wearing the ring could signal an Undo command, for instance.

Apple also uses the example of a user wearing two rings. That could mean that SMI sensors are spread over the two of them, giving a better range of angles for determining motion.

Or it could also be that one or both rings are used for other sensors, "such as an inertial measurement unit (IMU)," says the application. "A wearable device may also contain a haptic engine to provide haptic feedback to a user, a battery, or other components," it continues. 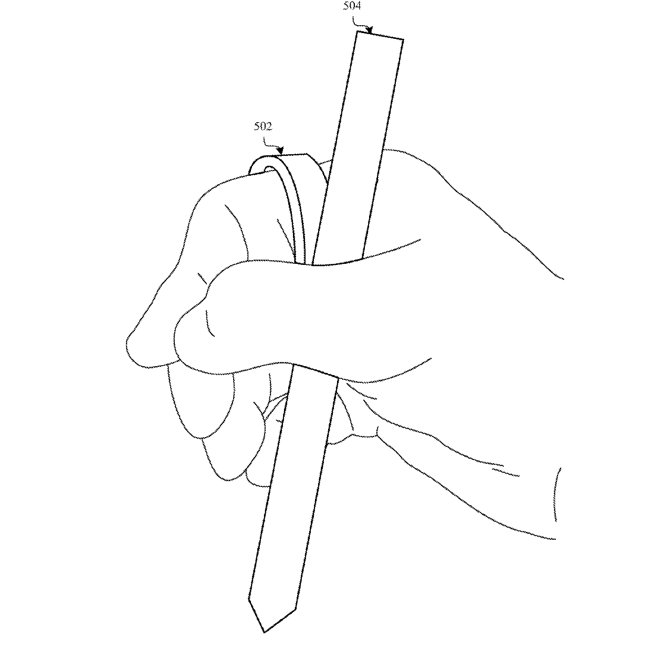 A wearable ring could transmit more detailed information about the position and motion of, say, Apple Pencil

"In some cases, a wearable device such as a finger ring may include a deformable or compressible insert that enables the finger ring to be worn farther from, or closer to, a user's fingertip," continues Apple.

"[Or] a finger ring may be rotated by a user, so that it may alternately sense a surface below a user's hand, a surface of an object held by the user, an adjacent finger, and so on," says Apple.

The patent is less concerned with how other devices react to the motion information, more about how that detail is detected. So it gives few examples of use, other than a quick list of how such a ring could add "one or more of proximity sensors, contact sensors, pressure sensors, accelerometers, IMUs, and so on."