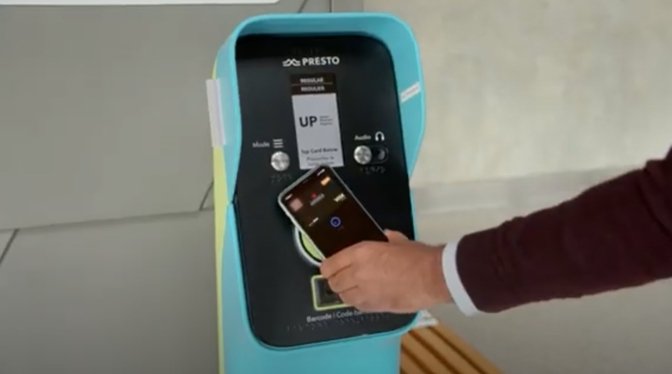 Transit systems around the world have accepted Apple Pay for fares, with rail and bus networks allowing mobile payments to be made instead of requiring the purchase of a physical ticket. In changes happening in Toronto, Metrolinx is preparing to adopt the platform as well.

Passengers of the UP Express between Toronto Pearson International Airport and downtown Toronto are able to pay for journeys using Apple Pay, as well as Google Play, reports CityNews. Passengers must tap a reader with their iPhone or Apple Watch at the point of boarding and when exiting the train to be charged the correct fare.

The trial will cost passengers the same as a normal fare using the existing Presto prepayment system, but without any requirement to preload funds onto a card beforehand. If passengers are asked for proof of their purchase by an inspector during the journey, they can use their Apple device with the inspector's hand-held reader for confirmation.

If successful, Metrolinx aims to bring the payment option to other transit agencies, including bus and subway journeys managed by the Toronto Transit Commission across the city. "We're currently working with the TTC to determine the potential timelines for this work," Metrolinx advised, as current TTC payment systems require an upgrade before accepting Apple Pay.