AppleInsider
Posted: March 15, 2021 2:22PM
in iPhone
Apple appears to be working on a new feature that will let users know how busy a place of interest is or whether it's open, similar to the way Google Maps does. 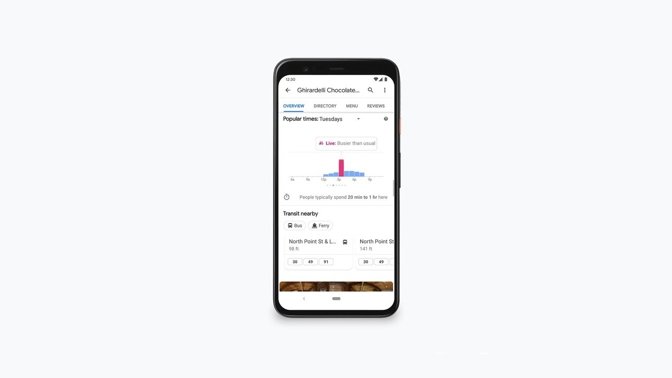 In the latest iOS 14.5 beta, a Redditor spotted new text in the Location Services privacy page in Settings indicating that Apple would be crowd-sourcing live status data for points of interest. That data could be leveraged to let users know whether a business or other point of interest is open and how busy it currently is, likely in Apple Maps.

Apple notes that "when you open an app near a point of interest (for example, a business or park) your iPhone will send location data in an anonymous and encrypted form to Apple which Apple may aggregate and let users know if that point of interest is open and how busy it is."

The feature would be similar to existing "Popular times" data offered by Google Maps. Google's feature relies on crowdsourced data, though it only collects it from users who specifically opt in to the feature.

Although the new Apple-related text was discovered in an iOS 14.5 beta, the actual busyness indicator isn't available in the current build. Apple may introduce it in a future beta version, or it could be saving the feature for another upcoming iOS 14 point release.