AppleInsider
Posted: March 16, 2021 7:41PM
in General Discussion
The teenager responsible for taking over several high-profile Twitter accounts in a Bitcoin scam in 2020 has agreed to three years in prison in a plea deal. 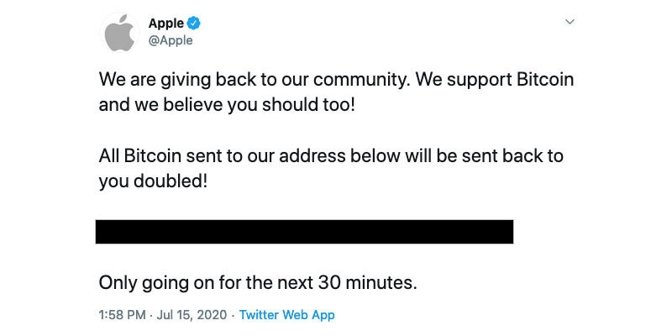 Graham Clark, 18, agreed to plead guilty to state fraud charges for using compromised well-known Twitter to solicit more than $100,000 in Bitcoin in the summer of 2020. He agreed to spend three years in prison, followed by three years probation, The Tampa Bay Times reported Monday.

As part of the plea agreement, Clark will be sentenced as a "youthful offender." Although he will be barred from using computers without law enforcement supervision, he may be eligible to serve some of his time in a military-style boot camp.

In July 2020, a number of high-profile Twitter accounts -- including those for Apple, Elon Musk, and President Joe Biden -- posted messages asking for Bitcoin to be sent to a specific address under the pretense that the amount would be doubled.

Authorities soon arrested Clark on accusations that he hacked the Twitter accounts to carry out the scam. At the time of the scheme, Clark was 17 years old. Two others, Nima Fazeli of Orlando and Mason Sheppard, were also charged with federal crimes related to the scam.

To break into the accounts, Clark used social engineering techniques to convince Twitter employees to grant him administrative access to tools that could reset the email addresses connected to Twitter accounts.